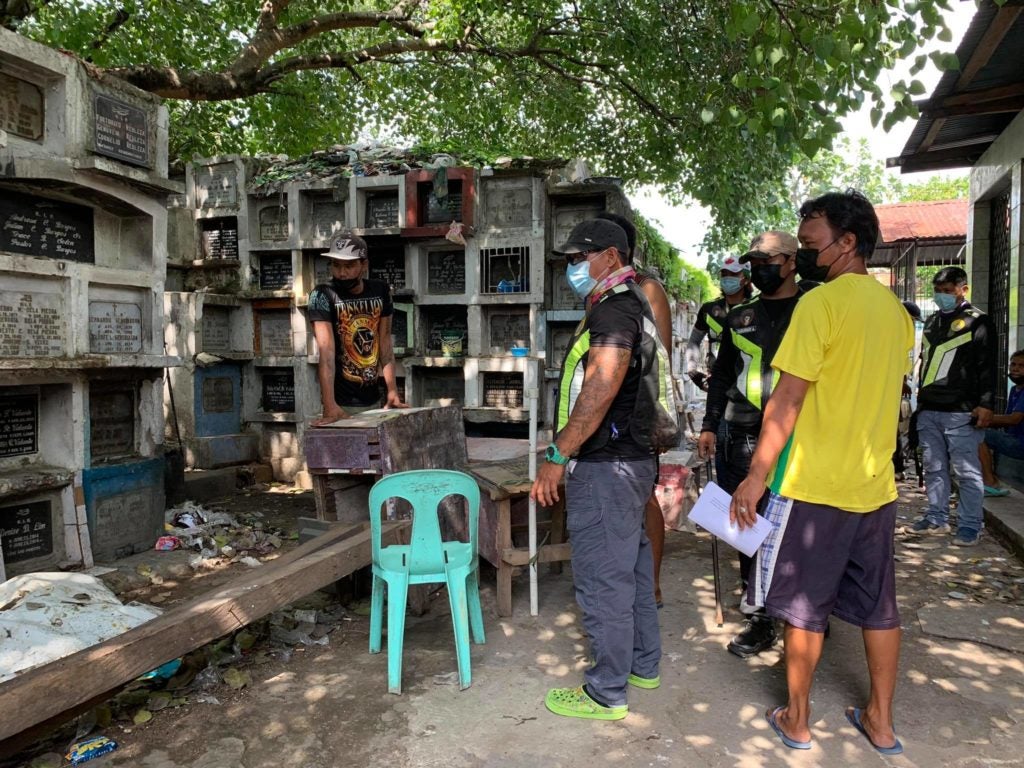 CEBU CITY, Philippines — Informal settlers  living inside the cemeteries here will not be removed.

This was the pronouncement of the Prevention Restoration Order Beautification and Enhancement (PROBE) team that is preparing for the upcoming All Saints’ Day and All Souls’ Day.

PROBE Head Racquel Arce said that the city government does not wish to demolish or evacuate those living inside cemeteries  since there is no relocation site for them anyway.

But to minimize health risks brought about by the COVID-19 pandemic, those living inside cemeteries instead are asked to stay in their homes and avoid going out unless they have urgent business outside such as buying food or medicine.

Only adults should go out from their homes but they are not allowed to loiter in the cemetery as well.

Since it is anticipated that the public will flock cemeteries on November 1 and 2, even if only vaccinated individuals are allowed, the cemetery residents must not join in with the crowd.

A mobile detention facility will be deployed in every cemetery to detain violators of the health protocols and cemetery guidelines.

Children living in the cemeteries must also be kept in their homes at all times as any child seen loitering without adult supervision will be rescued.

Arce urged families in cemeteries to lock-in their children, elderly, and people with comorbidities, so they will not be at risk of catching COVID-19 from cemetery visitors.

Vendors and other tradesmen will not be allowed in cemeteries starting October 25 until November 5.

The PROBE team is fast tracking the clearing of the stalls inside cemeteries before then.

On October 21, 2021, the PROBE Team conducted clearing operations at the Carreta Cemetery, where only a few more stalls were found still laid out inside the graveyard.

Arce said that so far, the vendors have been compliant and no resistance was recorded because the vendors will still be allowed to sell outside.

The PROBE team hopes this compliance continues on until the end of the Kalag-Kalag season.