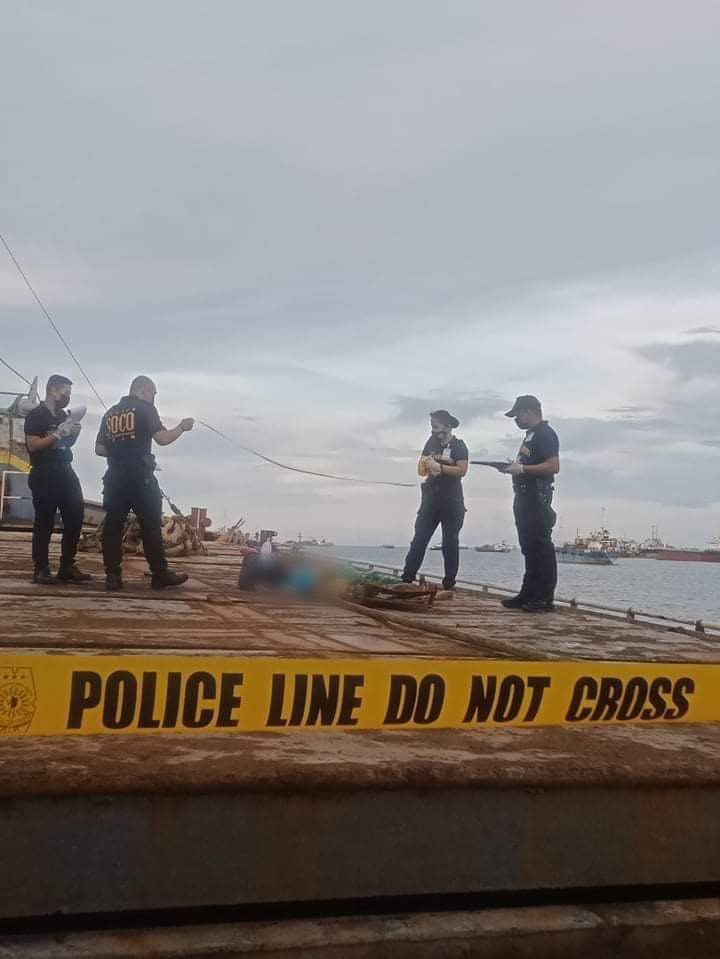 Agents from the Scene of the Crime Operatives (SOCO) inspect the body of the woman that landed on top of a passenger ship after jumping off the Marcelo Fernan Bridge on Thursday, October 21, 2021.

MANDAUE CITY, Philippines — A woman died after she jumped off the Mandaue side of the Marcelo Fernan Bridge on Wednesday noon, October 20, 2021, police said.

Cebu Daily News Digital is withholding the identity of the woman who landed on a passenger ship. Police said she was of legal age and a native of Barangay Basio, Pres. Carlos P. Garcia, Bohol.

Based on the letter that was found by the police in the woman’s pocket, she was pregnant and has problems with her residence in Cebu and wants to go back to Bohol.

The woman’s body was taken to the Cebu Rolling Hills Memorial Chapels.

Gingoyon is encouraging individuals who suffer from anxiety, stress, and other forms of mental problems to seek help.

In Mandaue City, individuals may contact the city’s Health Office or the Mandaue City Outpatient Recovery Clinic by visiting their Facebook pages or through these telephone numbers (032) 230 4500
(032) 253 8428.