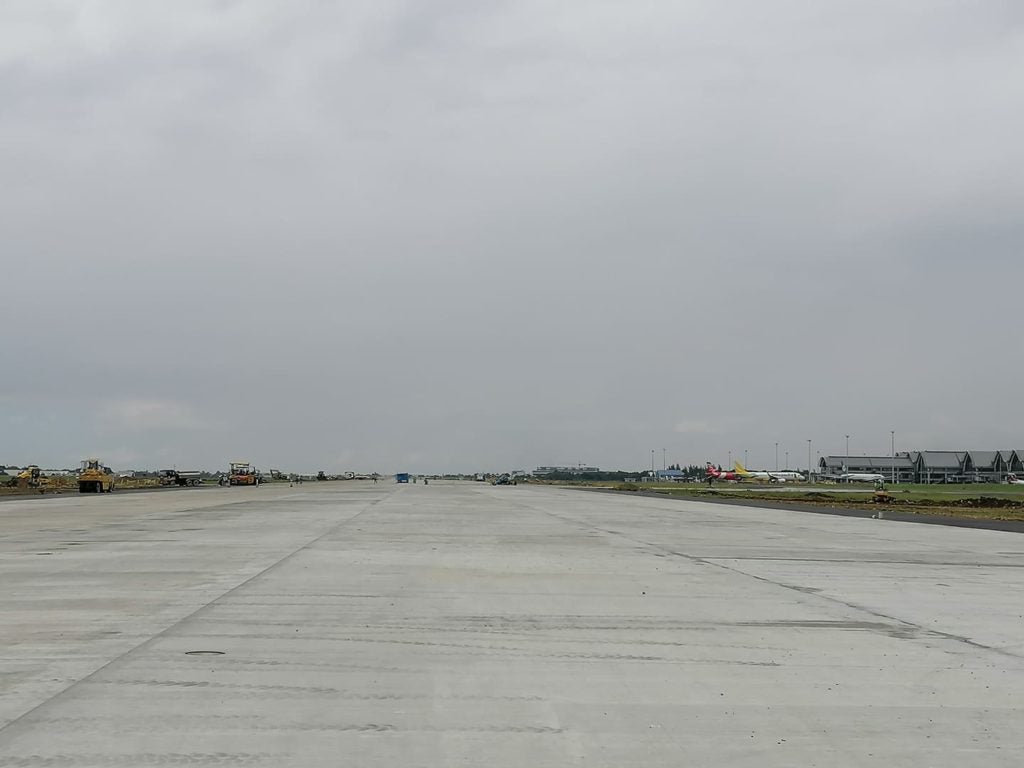 LAPU-LAPU CITY, Philippines – The second runway of Mactan Cebu International Airport (MCIA) could be partially operational within the second quarter of next year.

Transportation Secretary Arthur Tugade announced on Thursday, October 28 that they are targeting to start partial operations of the airport’s second runway by the end of April in 2022.

Tugade was in Cebu to lead the inauguration of the new corporate building of the Mactan-Cebu International Airport Authority (MCIAA), the government body co-managing MCIA.

He also inspected the construction progress of the second runway whose target completion was pushed back to a later date.

But primarily, most of them were due to the ongoing COVID-19 crisis, he said.

“Main reason there is COVID. There were restrictions (in mobility) and we were having a hard time getting people for the construction, to move the machines and equipment,” said Neri.

“There was also a point in last year that the weather was terrible and led to flooding. But you know, we have to complete the runway that won’t compromise its integrity. We will always prioritize the safety of everyone else,” he added.

Construction of the second runway began in February 2020. The project is part of MCIA’s efforts in expanding its operations as well as in anticipation of an increase in tourist influx and air traffic in Cebu.       /rcg