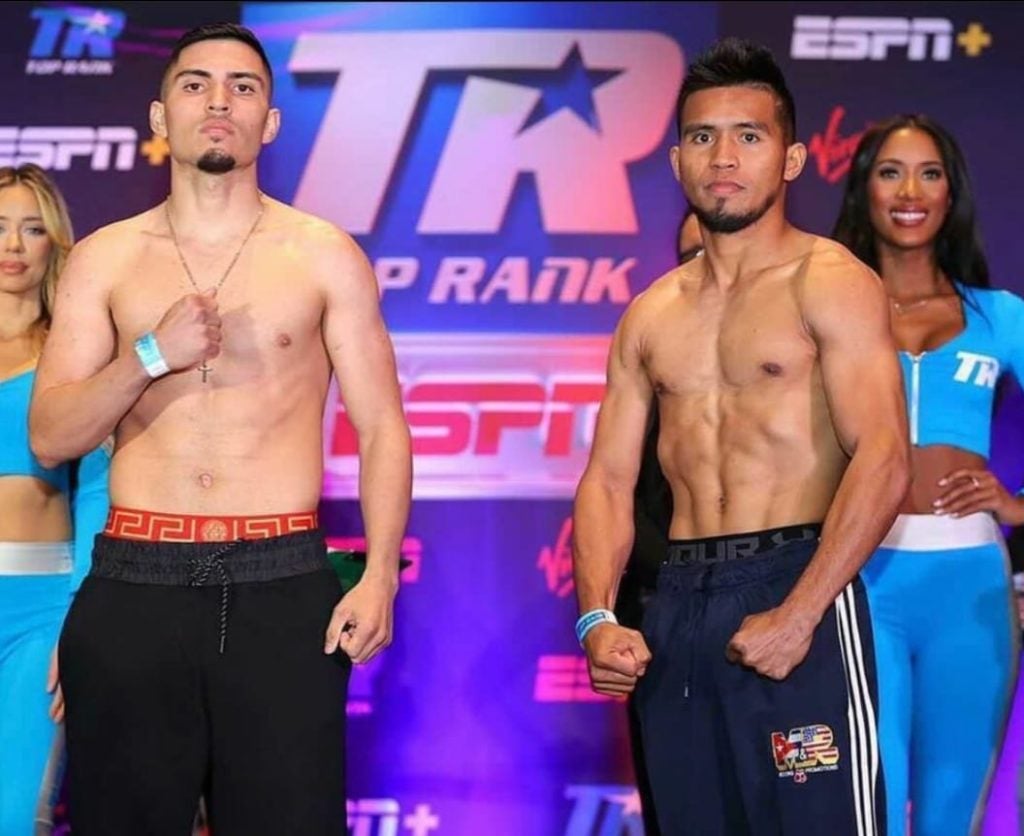 Bernaldez, tipped the weighing scales at 131.2 pounds while Cortes weighed in at 131.8lbs to schedule their non-title bout.

The 27-year old Bernaldez, a former ALA Boxing Gym standout, now fighting under Sanman Promotions’ banner is on a three-fight winning streak since 2020.

With a record of 23 wins, four defeats, and 17 knockouts, Bernaldez guns for an upset against the younger and unbeaten Cortes.

Bernaldez and Servania were once stablemates at the disbanded ALA Boxing Gym.

Also, Bernaldez and Sultan are former stablemates at ALA Boxing Gym.

Bernaldez will be accompanied by his Cuban trainer Osmiri Fernandez for tomorrow’s bout.