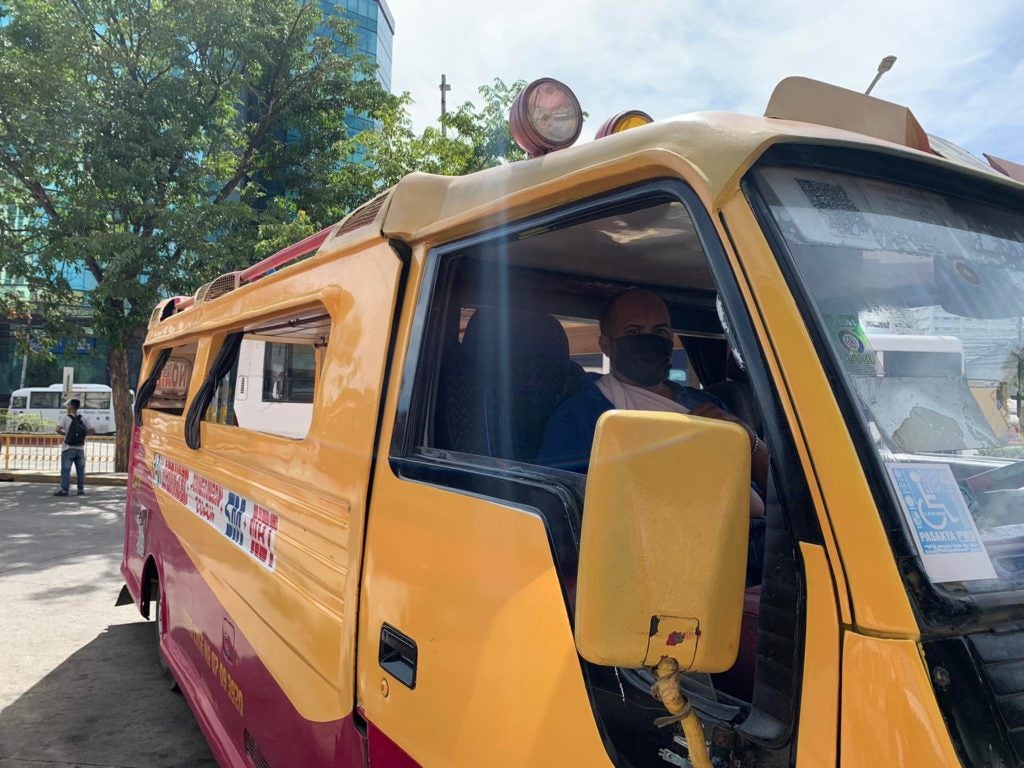 Leon Gingoyon is a driver for 12 years in Cebu City plying the route of 12I. CDN Digital photo | Dyrecka Letigio

CEBU CITY, Philippines—The current jeepney fare will most likely remain the same even if the capacity for public utility jeepneys (PUJs) has increased with the easing of restrictions.

Even though jeepneys are allowed 70 percent capacity, the minimum fare of P9 or P10 for the first five kilometers will stay the same as Land Transportation Franchising and Regulatory Board in Central Visayas (LTFRB-7) Director Eduardo Montealto, Jr., said that the fare is determined by the national office.

Modern jeepneys and buses even have a higher rate of P11 to P15.

He understands that many passengers are already asking for a drop in the fare since the an increase in capacity was allowed.

But Montealto said they can only wait for a national directive, which as of this posting, hasn’t been given yet.

Passengers, thus, will have to cope with this for the meantime.

Her fare ranges from P25 to P40 from her home in Consolacion town to Cebu City.

She said it is only fair that the fare is reduced now that more passengers can fit inside a jeepney or a bus.

But Montealto said the price of fuel should also be considered these days. He said the high price of fuel is a burden to operators and drivers so it may be just fitting that fare remain the same.

Leon Gingoyon, a jeepney driver for 12 years plyong the 12I route in Cebu City, said that their regular capacity has not actually normalized yet despite the approval of a higher capacity.

He said a huge factor is the absence of face-to-face classes, since there are not as many passengers on the streets just  yet unlike in pre pandemic times.

The removal of the plastic barriers has helped increase the capacity as he can now fit 10 passengers each side of his jeepney.

However, the fear of overloading keeps him on his toes, and he refuses to go beyond the 70 percent capacity.

Gingiyon hopes that the capacity will be increased further to 100 percent so they can finally accommodate more passengers and earn more.

But most importantly, the jeepney driver is hoping that face-to-face classes will return so that there will be more actual passengers waiting on the streets.

READ MORE: LTFRB-7: No fare hike yet in Central Visayas amid the oil price increase