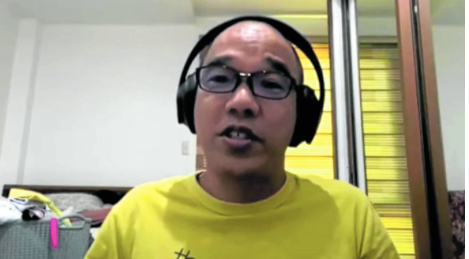 (FILE) The Senate on Friday ordered the arrest of former budget undersecretary Lloyd Christopher Lao on a contempt citation after he failed to show up at the Senate blue ribbon inquiry without a valid excuse four consecutive times. SCREENGRAB from PTV

MANILA, Philippines — The Senate Sergeant-at-Arms will be sending teams to the known addresses of former Procurement Service of the Department of Budget and Management (PS-DBM) head Lloyd Christopher Lao in the cities of Davao and Cebu to arrest him after he was cited in contempt during the ongoing blue ribbon committee probe early this month.

“Sergeant-at-Arms Gen. Rene Samonte said several teams will be deployed to Lao’s known addresses in the cities of Davao and Cebu to serve his warrant,” the Senate Public Relations and Information (PRIB) bureau said Friday.

“He said OSAA (Office of the Sergeant-at-Arms) officers are expecting to apprehend Lao over the weekend or Friday at the earliest,” it added.

On Nov. 4, Lao was slapped with a contempt citation for not attending the hearings of the blue ribbon committee in four instances.

The Senate issued his arrest order the next day.

According to the Senate bureau, OSAA officers attempted but failed to serve the arrest warrant in Lao’s known address in Quezon City last Nov. 9.

“Herrera said that when he knocked at the door, Unit 324 was apparently unoccupied while Unit 326 was occupied by a certain employee of the Housing and Land Use Regulatory Board,” it further said.

The blue ribbon committee has been investigating the government’s purchases of medical goods, including allegedly overpriced face masks, shields, and other supplies, at the height of the pandemic last year.

During the course of the inquiry, senators have repeatedly questioned the Department of Health’s transfer of P42 billion to the PS-DBM for the purchase of pandemic response supplies.

Lao was the PS-DBM’s executive director at the time the said transfer and procurements were made.

Read Next
Derek Ramsay: ‘Waking up to this beautiful woman every morning is such a blessing’