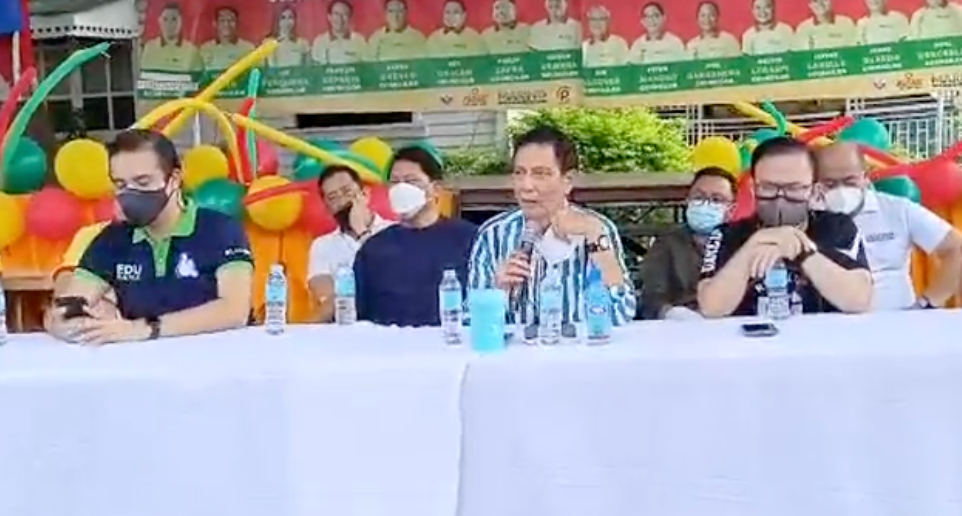 During a press conference on Tuesday, November 16, Partido Barug announced the initial list of national bets that they will be endorsing for the May 2022 elections.

Acting Mayor Michael Rama, who leads Partido Barug, said they will unveil soon the complete list of senatorial candidates that their party will be endorsing.

“We have some candidates being considered but it’s a party matter. And this matter will have to be taken one at a time,” said Rama.

Rama said they chose to throw their support to Go since the Senator “was anointed by President Duterte as his successor.”

“Consistent with our position to align with who President Duterte anoints to lead our country after his term, and as members of PDP-Laban, our group Partido BARUG with Partido KUSUG, Panaghiusa and MARINO partylist in Cebu City supports Sen. Christopher Lawrence “Bong” Tesoro Go for President under PDDS, Pederalismo ng Digong Dakilang Samahan,” he said.

Rama also said they will be supporting Duterte-Carpio’s vice presidential bid as part of their party’s commitment to keep their political alliance with the mayor.

On the other hand, Partido Barug announced that there will be no more changes in their local lineup after the last day of substitution has already lapsed on Monday, Nov. 15.

“We emphasize that our local alliance has been strong and consistent from the beginning that our union needed no substitution. Simply, we meant business is our collective desire to serve our beloved City of Cebu,” explained Rama.

A faction of the Duterte’s party PDP-Laban said President Duterte will run under the slate of an allied political party Pederalismo ng Dugong Dakilang Samahan (PDDS), the same party which Go will run under as president. / with reports from INQUIRER.net