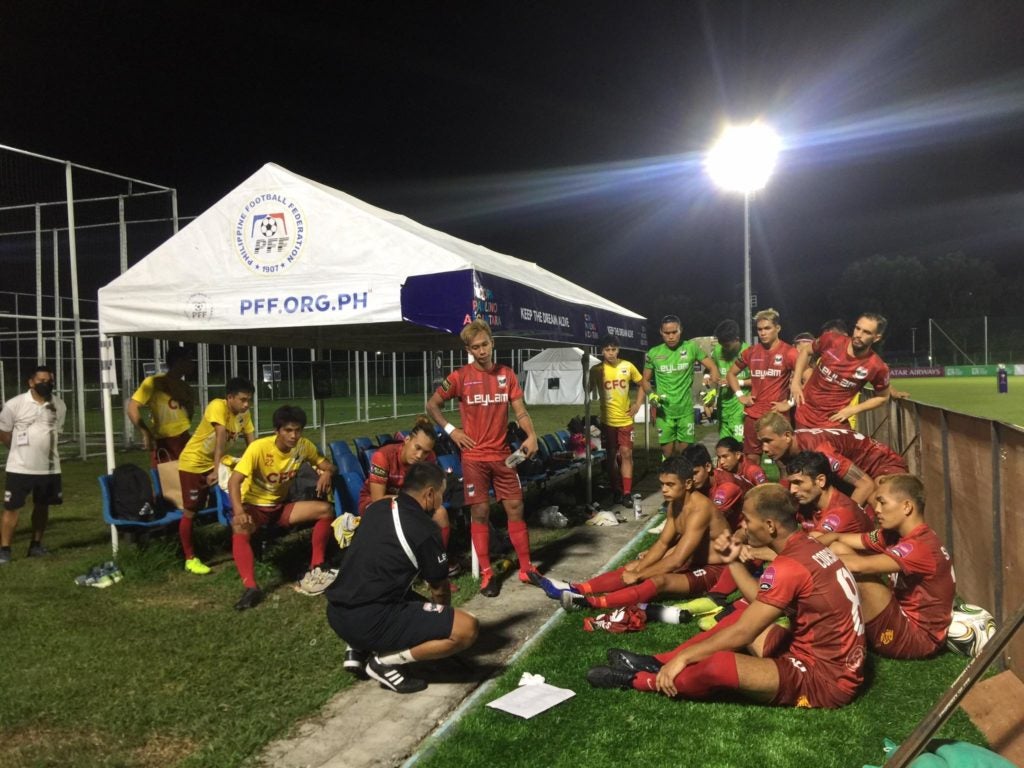 CFC head coach Oliver Colina (in black) commends his players for their inspiring performance during their close loss to title-favorite Kaya FC Iloilo in the semifinals of the PFL Copa Paulino Alcantara. | Photo from CFC.

CFC, the newest club to join the PFL showed what the future holds for the young team, as the Cebuanos gave Kaya FC a grinding match.

The game was so close that it was only decided by a late penalty kick in the last five minutes which favored Kaya FC.

CFC’s solid defense and toughness proved that they got what it takes to be in the big league, after scuttling Kaya’s multiple attempts to score a goal.

However, a handball called on CFC’s team captain Baris Tasci gave Kaya a glimmer of hope of saving face via penalty.

In the penalty kick, Kaya’s Jovin Bedic found the back of the net to seal his team’s pulse-stopping win.

“We played more on defending side last night, that was the plan to make a counter-attack, we know that their holding midfield is the one who initiates their attack, but lucky for them, they were able to make attempts coming from their crosses,” said Head Coach Oliver ‘BingBing’ Colina who once coached Kaya.

It was clear from the start that CFC had Kaya’s number with Colina’s familiarity of the team’s strategy and player movement.

Cebu FC’s aggressive play surprised a Kaya lineup that saw action in the Asian Football Confederation (AFC) Champions’ League last June as the Cebuanos pressed on from the opening whistle and forced Kaya on the defense.

“Players were amazing, they worked hard for this and they didn’t give up until the last whistle of the referee,” added Colina.

Kaya will face Azkals Development Team, which edged Stallion Laguna FC, 2-1, for the Copa Paulino Alcantara 2020 title, which they won in 2018.

Cebu FC will have a rematch with Stallion FC Laguna for third place. Laguna beat them in their debut match last week, 0-1.     /rcg