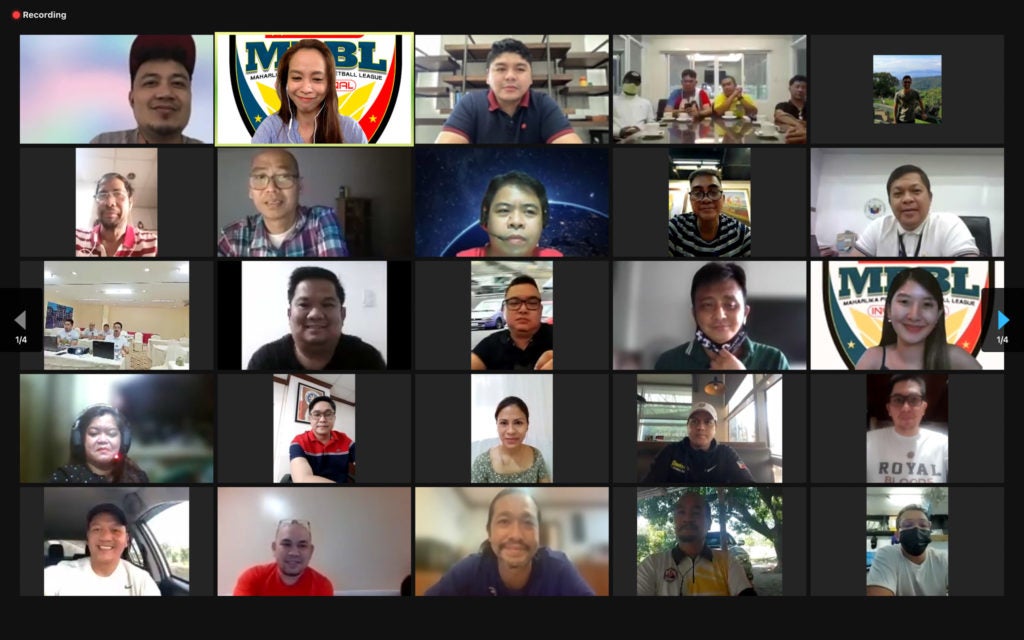 A screengrab from the online meeting of GAB and MPBL team managers on Wednesday, Nov. 17, 2021.

CEBU CITY, Philippines — The Games and Amusements Board (GAB) is rebranding the Maharlika Pilipinas Basketball League (MPBL) into a ‘pro league’ starting with its invitational tournament set from December 11-23, 2021.

This was after the sports regulatory agency discussed with team owners the need to license players, officials, and personnel involved in the league through an online meeting held on Wednesday, November 17, 2021.

The online meeting was participated by at least 20 team owners who are joining the league.

“We are happy that GAB was able to meet and orient the team owners about our mandate relative to GAB’s supervisory and regulatory function over the conduct of professional sports such as basketball,” said GAB Pro Sports Division chief June Bautista.

Finally, GAB also gave leeway to the players who have already secured their licenses after joining the Pilipinas VisMin Super Cup and National Basketball League-Pilipinas.

Plus, they allowed a free renewal of expired licenses to players and officials until after the tournament.

“We are also grateful that through this orientation and dialogue we were given the opportunity to discuss and address their concerns and inquiries,” added Pro Sports Division Assistant chief Jackie Lou Ornido.

“GAB is always there to assist and we look forward to working together with the league for the safety and welfare of our athletes and all our stakeholders.”

Some 20 teams have confirmed their participation in MPBL’s invitational tournament in December.