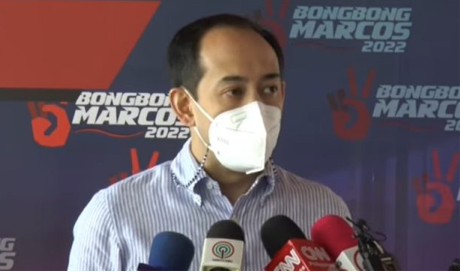 MANILA, Philippines — Commission on Elections (Comelec) spokesperson James Jimenez said the poll body’s second division granted the appeal of Ferdinand “Bongbong” Marcos Jr.’s camp to extend the deadline for the submission of their response to the first disqualification case against him.

Jimenez said the Marcos camp was given five days of extension.

“But since the 5th day falls on a Sunday, the last day is actually 22 November,” he added.

But Jimenez, in a later online press briefing on Thursday noon, shortly after Rodriguez’s announcement, said that the matter is yet to be resolved.

Instead of lodging a reply, Marcos, through his counsel, asked for an extension to respond to the disqualification case.

Atty. Theodore Te, legal counsel for the petitioners, said petitioners opposed their appeal for extension through a motion they submitted to the Comelec on November 17.

Te is the legal counsel of petitioners composed of political detainees and human rights and medical organizations, who alleged that Marcos is not eligible to run for any public office since the Quezon City Regional Trial Court convicted him in 1995 his failure to file income tax returns.

A second and third petition were filed by Dr. Rommel Bautista, who leads a group of taxpayers, and a group of activists imprisoned during martial law filed the same petition to disqualify Marcos for similar grounds mentioned in the foregoing.

Read Next
For Raven Faith Alcoseba, transitioning from swimming to triathlon is just another day in the office