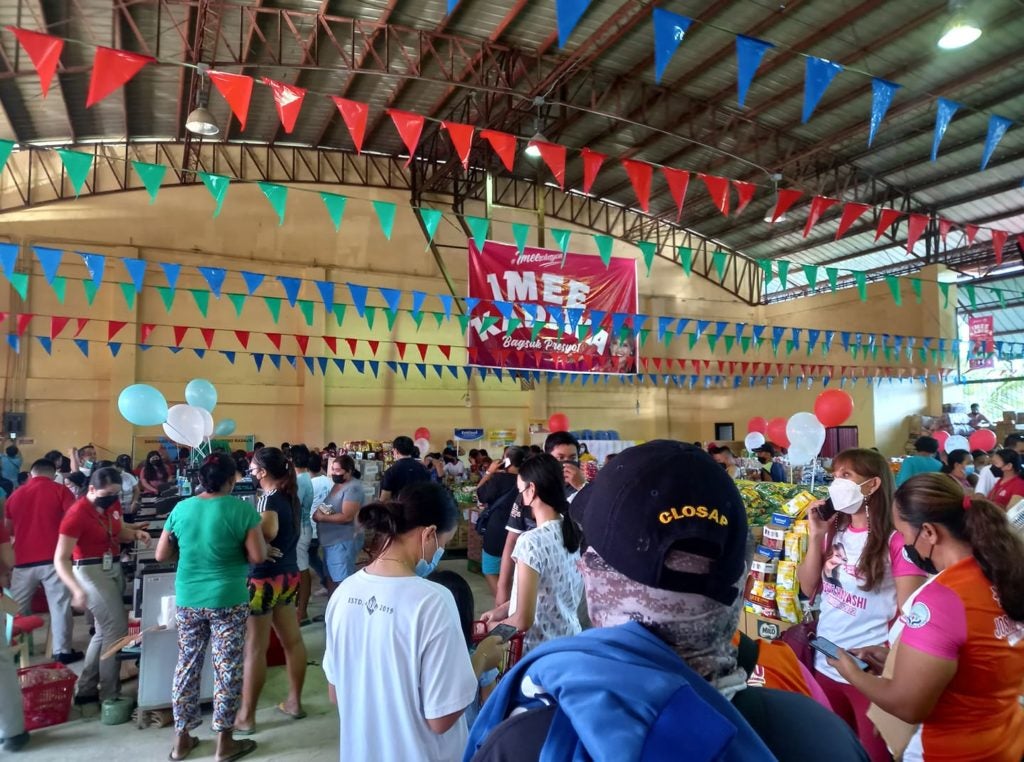 Hundreds of individuals have availed of lower priced foods and goods displayed at the covered court of Barangay Buaya.

The pantry is organized by Senator Imee Marcos in coordination with the office of Representative Paz Radaza.

The program is also in partnership with a department store, the Department of Agriculture, Navy and Army.

Hubert Inot, Radaza’s district head, said the goods were sold as much as 50 percent off.

Other items sold are slippers, washing machines, rice cookers, electric fans, among others.

Different fruits and vegetables were also displayed outside the covered court by the Department of Agriculture.

The pantry which would continue until Sunday, November 21, opens from 8 a.m to 5 p.m.

Oponganons, who shopped at the pantry, will be given coupons by the personnel from Radaza’s office for prizes at Radaza’s booth in the gym such as 1 kilo of rice, mugs, alcohol, face masks, toys, among others.

Sherlita Buro, a Buaya resident, said she shopped at the pantry because it was very near to their house and to save a little money.

Buro was able to win a toy from Radaza’s booth.

Your subscription could not be saved. Please try again.
Your subscription has been successful.
Read Next
Cebu Football Club ends Copa Paulino Alcantara stint with 4-5 penalty shootout loss to Laguna FC