Rama to open anticipated activities in December ‘if everyone is vaccinated’ 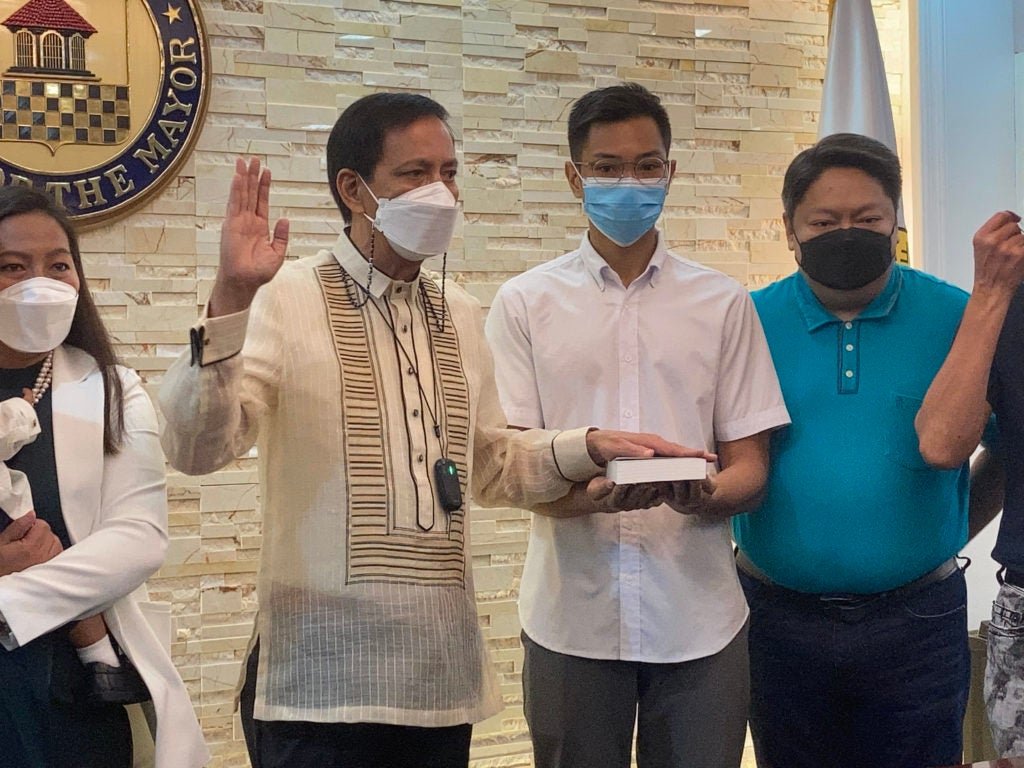 Cebu City Mayor Michael Rama takes his oath of office before Justice Gabriel Ingles on Saturday, November 20, 2021, a day after the death of the late Mayor Edgardo Labella. | via Mae Fhel Gom-os

MANDAUE CITY, Cebu — Cebu City Mayor Michael Rama said all the anticipated activities would be open on December should everyone get vaccinated by then.

In a press conference on Saturday, November 20, 2021, the newly installed mayor said they would be gearing towards having the whole activities open if everyone would be vaccinated against COVID-19.

Rama said that while he was on his vacation leave, he connected himself to Councilor Joel Garganera, who was also the deputy implementer of the Emergency Operations Center (EOC), as well as to the newly installed Vice Mayor Donaldo “Dondon” Hontiveros, who recently was the acting mayor.

The mayor said he asked Garganera to prepare the drafts for the Misa De Gallo, New Year’s Eve, Night Market, Sinulog, as well as the gradual elimination of curfew in the city.

“We are gearing towards having the whole activities open. This is my orientation, tanan abrihan pero tanan bakunahan (we open all but all should be vaccinated). That is what as of now having sworn in as mayor in the city of Cebu,” he said.

(It is a simple reminder to all. December 1, all should prepare for the opening, as long as all are vaccinated.)

Although this seems impossible, Rama said anything could happen before December 1 as the city planned to put up at least 90 vaccination sites in celebration of the three-day National Vaccination Day from November 29 to December 1.

Dr. Jeffrey Ibones, head of the Cebu City Health Department (CHD), said they would be targeting to vaccinate at least 96,000 individuals in the three-day celebration with 32,000 a day.