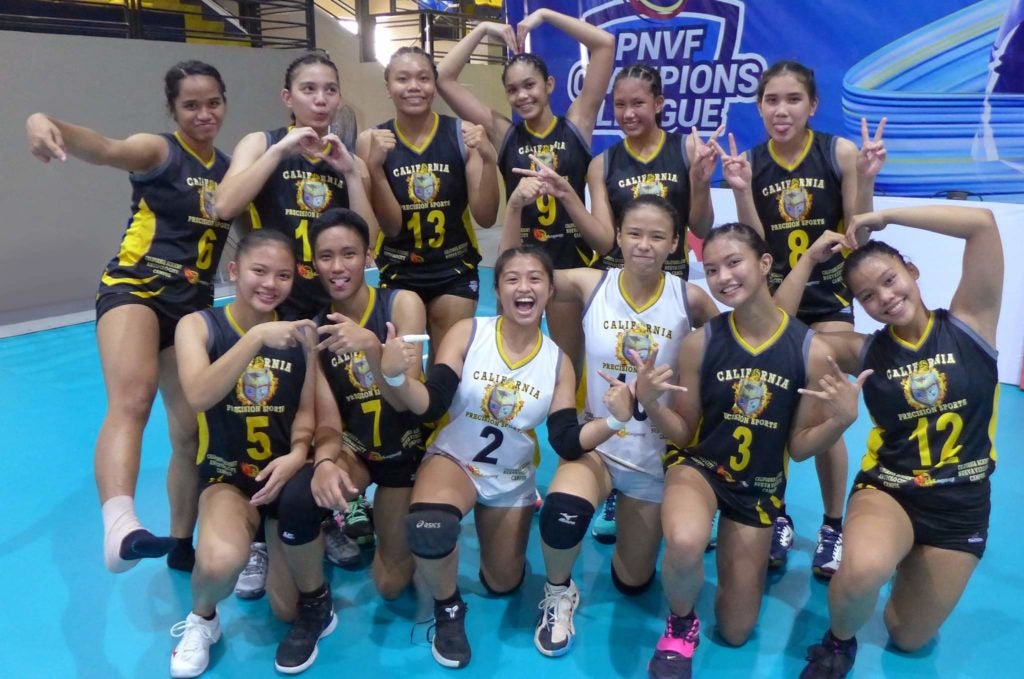 Casiey Dongallo (No. 9) poses with her teammates after their upset win over Petro Gazz in the PNVF Champions League. | Photo from PNVF

Cebuana spiker Casiey Dongallo and teammate Jelai Gajero scored 22 points each as the Antipolo-based CPS capped its well-praised participation in the tournament with a 2-3 win-loss record.

It was a major accomplishment for a bunch of senior high school standouts who went up against professional volleyball squads in the tournament.

Despite the tremendous odds of having to face the country’s top professional spikers, CPS came well prepared and was bent on making a statement in the tournament loaded with stars.

“Every game is a championship game. We can’t treat it as if there’s nothing. We need to leave everything on the floor because it is our last game,” said skipper Kizzie Madriaga, who had 13 digs and 13 excellent sets.

The 16-year-old Dongallo, who hails from Catmon, Cebu, ended her stint with a league-best 95 points and is expected to contend to become a part of the Dream Team being one of the two best outside spikers in the tournament.

“Compared to outside hitters like Ate Kalei [Mau]…compared to her and the others, they have better percentages than me,” Dongallo said.

“But if I will get the award, thank you.”

Gajero was also impressive on both ends on the floor and collected 19 digs and 15 receptions.

“I’m just trying my best. Our opponents are professional players, so I have to battle it out not only in hitting,” the 17-year old Gajero said. “I need to help in passing for the team to have a great offense and helping in floor defense.”

The defeat for Petro Gazz put them in a do-or-die game with the Tuguegarao Perlas Spikers for the bronze medal at 1:30 p.m. on Thursday.

Read Next
Arriving overseas passengers at MCIA told: Register for One Health Pass