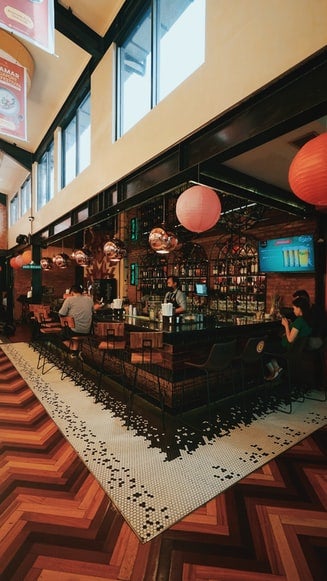 CEBU CITY, Philippines — At least two establishments that are located within the jurisdiction of the Mabolo Police Station were found violating health protocols over the weekend.

Talosig said he will be sending a report on the outcome of their monitoring to the Business Permits and Licensing Office (BPLO) of the Cebu City Hall for appropriate action.

BPLO may already be able to issue a show cause order addressed to these erring establishments this Monday, November 29, he added.

Over a hundred establishments are located within the jurisdiction of the Mabolo Police Station.

Talosig expressed concern that more establishments will start to disregard health protocols in order to accommodate customers during the holiday season.

Wanting to discourage violations, Talosig said they conduct random visits of these establishments to monitor their compliance with health and safety protocols.

He deploys two teams that consist of eight personnel per team to do the random visits of establishments.  One team is assigned to do day visits while the second team is deployed at night.

Based on their observation, most of these establishments including resto bars, have been compliant with the need to have their personnel vaccinated.  They also comply with the 50% indoor capacity and they only allow fully vaccinated individuals inside.

During their random checks, customers were also able to present their vaccination cards to the police.

Most of the health violations, he said, are committed during the weekends when customers start to crowd these restos.

Talosig said most of the establishments that they visited at nighttime on Friday, November 25, and Saturday, November 26, exceeded the 70 percent outdoor dining capacity.

Overcrowding was especially noted in two restos that are located in Sitio Panagdait in Barangay Mabolo.

Talaosig is asking public and the management of these restos to continue to be health conscious and to observe protocols especially the need to continue to observe distancing and to comply with the allowed capacity to prevent another COVID-19 surge.