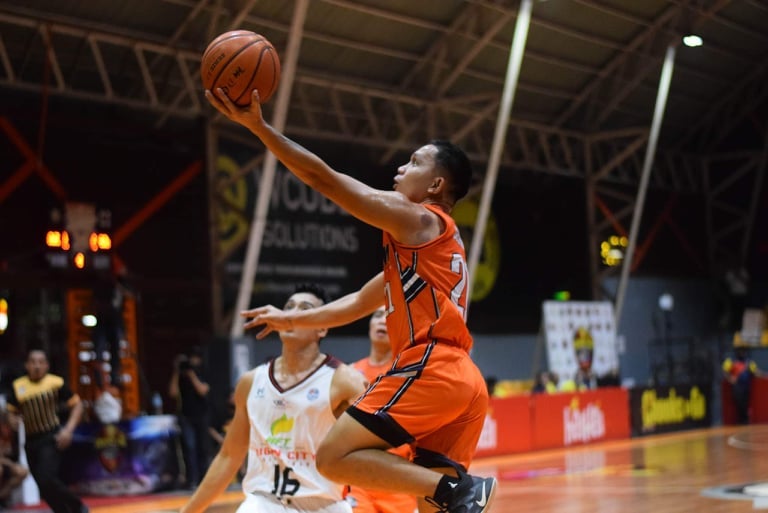 With their victory, the Vanguards climbed to fourth place in the standings with a 4-5 (win-loss) slate, overtaking the Basilan BRT Peace Riders who has a 3-5 (win-loss) card at fifth place.

The Explorers already leading by eight after the halftime break clamped on the Archangles in the third period limiting the latter to only 10 points. The Explorers then scored 16 points to build a commanding lead, 62-48, heading into the final period.

Iligan tried to fight back, cutting their deficit to just six with Jack Hoyohoy capping it with a layup, 65-71, with 3:11 to go in the final period.

However, Pagadian’s Christian Uri Edzel Mag-isa and Charles Pepito retaliated with a 7-2 run to bring back their lead to 11, 78-67, and went on maintaining a comfortable lead until the final buzzer.

(When Iligan managed to keep pace with us, I told them that they should learn, we need to fight back.)

Uri and Keanu Caballero both scored 14 to lead the Explorers. Caballero also tallied five assists while teammate Orvelle Saludsod scored 11 off the bench.

Mag-isa also scored 11 along with six rebounds and six steals.

Hoyohoy spoiled his 12 points for the Archangels which is at the bottom place of the standings with a 2-7 (win-loss) record. He also had 10 rebounds in the losing effort.

Elmer Aparice of Iligan and Allen Demapilis were both sent out of the game. Aparice was slapped with a flagrount foul while Demapilis was called with back-to-back technical fouls.

The loss sent the Iligan Archangels to the bottom of the standings with a 2-7 win-loss slate.