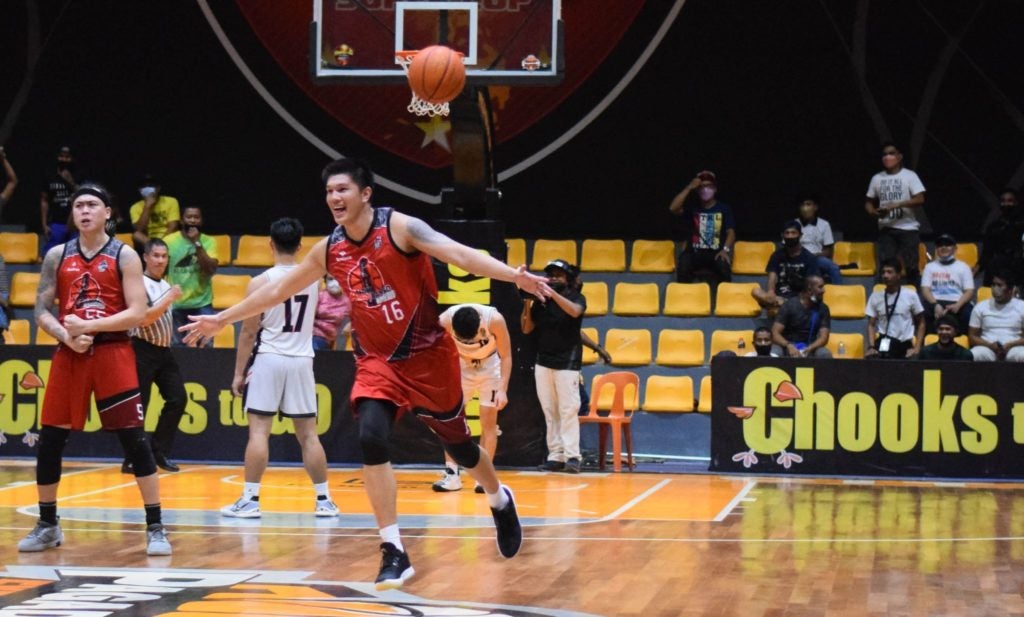 Down 61-70 with less than three minutes left of regulation, the Warriors turned the tables by scoring two straight layups courtesy of new addition, Monbert Arong who played for ARQ Builders-Lapu-Lapu City while team captain Jan Jamon nailed a corner three to cut the deficit to two, 68-70, with 41 seconds left.

They went on clamping the Explorers with their defense that forced the latter to commit a very crucial shot clock violation.

Off a timeout, Zamboanga Sibugay head coach Arnold Oliveros designed a play for Sorela and it materialized.

The 6-foot-5 Sorela who played with Mandaue City during its title run in the Visayas leg sank a three-point shot from top of the key to give Zamboanga Sibugay a 71-70 lead with six seconds left in regulation.

Pagadian without timeout left, ran the length of the court which saw Glenn Acaylar on the painted area attempting a shot, but was fouled by Jeff Acain with 0.08 seconds remaining.

However, Acaylar did not take the crucial free throws due to an apparent shoulder injury during the play.

Judel Fuentes, a trusted Pagadian shooter, made the free throw attempts that badly missed which resulted to Zamboanga Sibugay winning the game.

(That was designed. The ball would really go to Michole and our execution made it happen.)

(Our execution was bad from the first to the third quarter. I was really angry so in the last five minutes there was ball movement and we made our shots.)

Imperial, the 2019 Cesafi MVP, led Zamboanga Sibugay with 21 markers, 12 of it scored in the fourth period along with five assists, four rebounds, a steal, and a block.

The Cebuano Arong got nine points and was a plus-11 in his 21 minutes on the floor. Fellow Cebuano Jaybie Mantilla, who played for the Dumaguete Warriors in the Visayas leg, did not register a point but had four assists and was a plus-nine in 13 minutes.

Zamboanga Sibugay tied with Roxas and MisOr at the top of the standings at 5-3 (win-loss) slate while Pagadian is at fourth place with a 3-5 (win-loss) card.

Edzel Mag-isa led the Explorers with 20 points and 12 rebounds while Acaylar nailed 14 points and six rebounds. Fuentes chipped in 11.

Both squads will play anew tomorrow. The Warriors will start the day against Kapatagan at 4 p.m. followed by Pagadian’s clash with Iligan at 6:30 p.m.