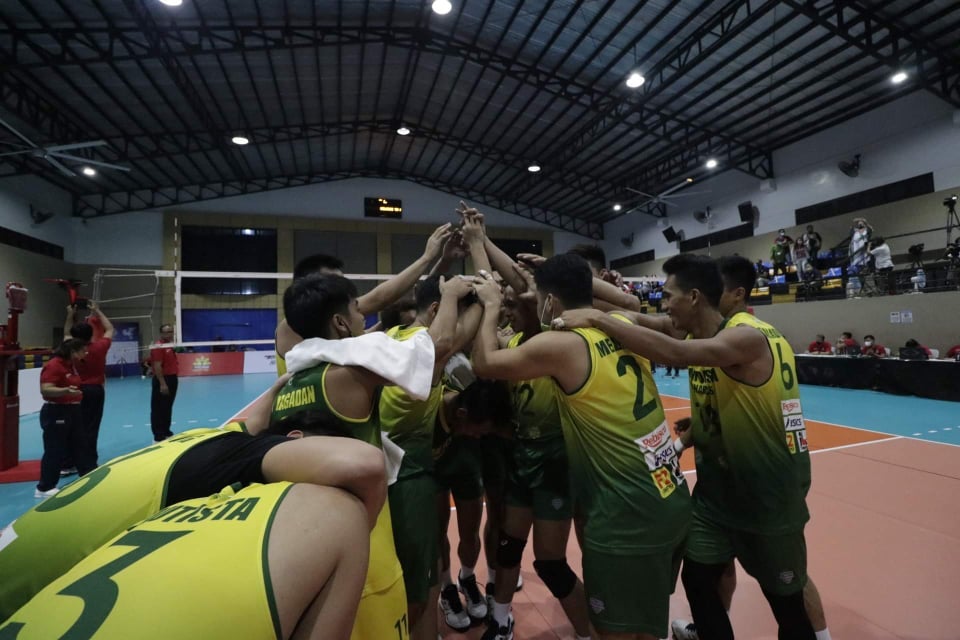 The players of the Dasmariñas Monarchs huddle up and celebrate after defeating the Go-For-Gold Air Force Aguilas in the gold medal match of the PNVF Champions League men’s tournament. | PNVF Photo

They will join the women’s tournament champions, the F2 Logistics Cargo Movers in representing the Philippines in the 2022 Asian Club Volleyball Championship in Urmia, Iran, from May 15-22.

The Monarchs went on an unbeaten winning streak of 5-0 that includes their gold medal match victory against the Aguilas.

“We’re very proud that we were successful in this tournament. This is our goal.”

Mark Calado who was named the tournament’s “Most Valuable Player” led the Monarchs with 18 points. He also bagged the First Outside Hitter” award.

Alfafara and De Guzman didn’t go home empty handed as they were named the “Second Best Outside Hitter” and the “Best Opposite Hitter” respectively.

Their teammate Ricky Marcos earned the

On the other hand, the VNS Manileño Spikers secured the bronze medal by beating Global Remit, 25-21, 25-22, 25-20, before the gold medal match on Saturday.

Read Next
600K jabs in CV on National Vaxx Days