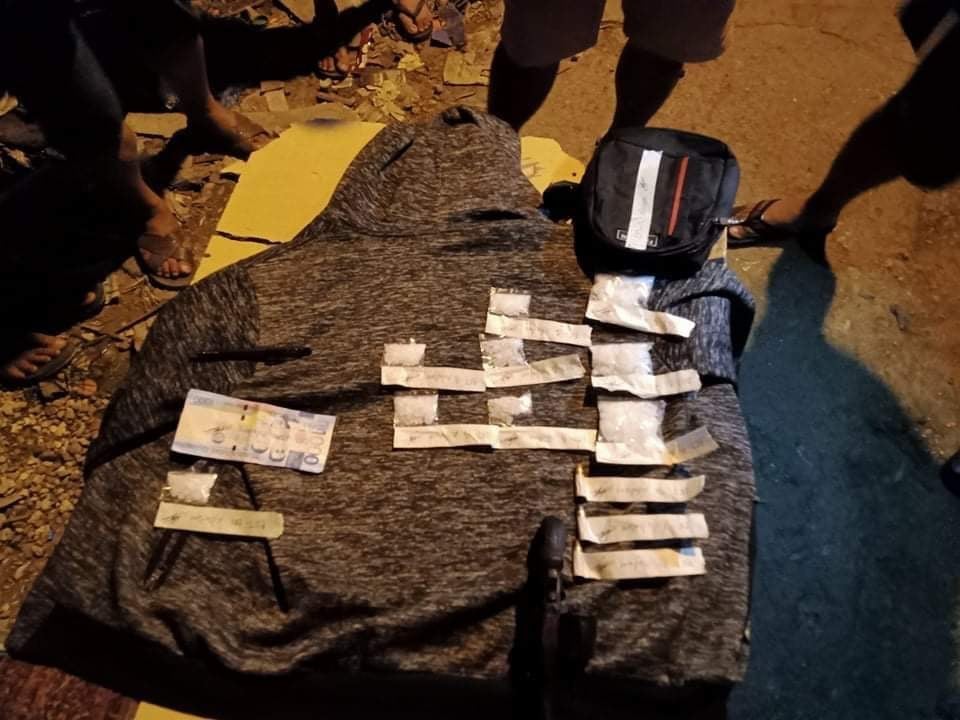 At least 105 grams of ‘shabu’, which is worth P714,000, was confiscated from a painter, who moonlights as an alleged drug pusher, during a buy-bust operation in Barangay Candulawan in Talisay City on Monday, December 6, 2021. | Photo courtesy of Talisay City Police Station

CEBU CITY, Philippines — A 45-year-old painter and a resident of barangay Labangon in Cebu City was arrested with 105 grams or P714, 000 worth of ‘shabu’ during a buy-bust operation that was conducted in barangay Candulawan in Talisay City on Monday afternoon, December 6, 2021.

Caballes said that Baya worked as a painter for five years already, a person who would paint walls for a living, but this year, he allegedly would moonlight as a person selling illegal drugs.

The police chief described Baya as one who could allegedly dispose of around 100 to 200 grams of ‘shabu’ per week in Barangay Calijon and neighboring barangays in Talisay City.

Caballes said that Baya was allegedly transacting with a certain ‘Bigboy’ in his illegal drug activities for the source of the illegal drugs he was selling.

This ‘Bigboy’ is reportedly an inmate of the Cebu City Jail Male Dormitory.

Caballes further said that this was the first time that Baya was arrested for selling and possessing illegal drugs.

However, the operation against Baya was conducted after Talisay City policemen received constant reports about Baya’s alleged involvement in the illegal drug trade.

Baya was also under surveillance for a week before Talisay policemen conducted the buy-bust operation against him.

The suspect is currently detained at the Talisay City Police Station while police continue their followup operations to further identify the possible cohorts of Baya in the illegal drug trade.

Read Next
Quarrying in Talisay suspended