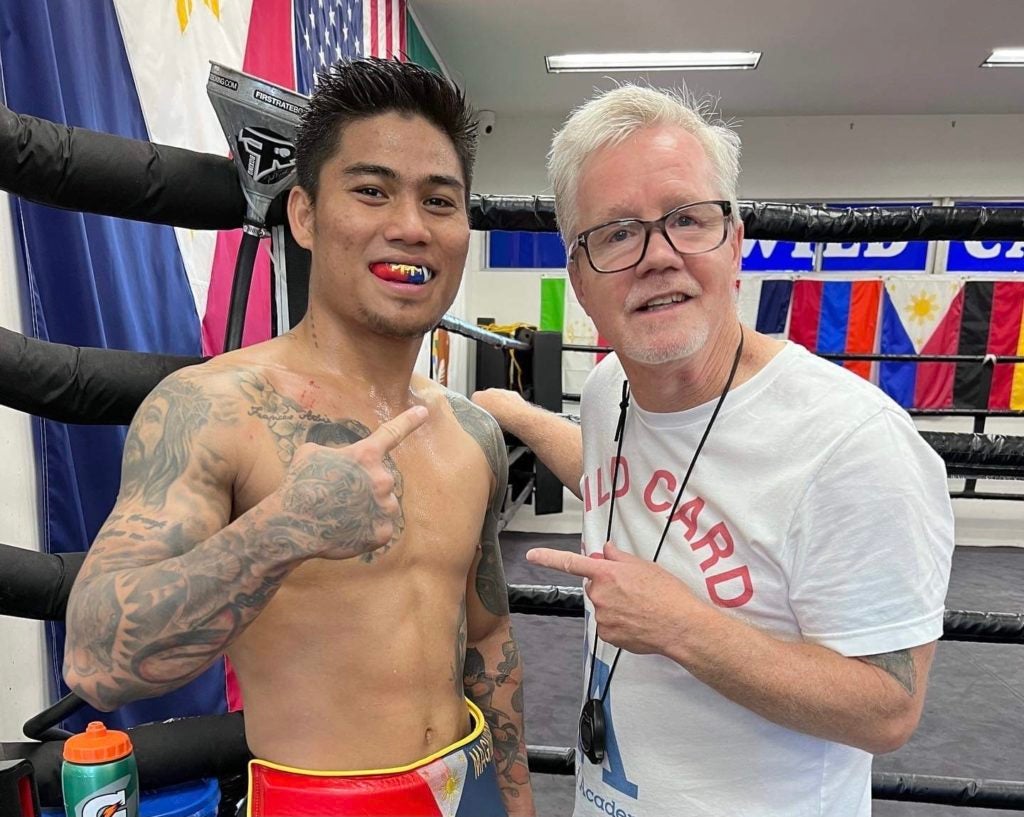 This was reported on both ESPN and Boxingscene on December 7, but the official venue is yet to be announced.

If the official venue will be finalized, it will be Russell Jr’s sixth title defense after winning it against Jhonny Gonzales in 2015 via technical knockout in Las Vegas.

The 26-year old Magsayo (23-0-0, 16KOs), the pride of Bohol, and the reigning WBO international featherweight champion will serve as Russell’s (31-1,18KOs) mandatory challenger.

The former ALA Boxing Gym prospect earned his shot for the world title after scoring a come-from-behind knockout victory against Mexican Julio Ceja in the co-main event of Manny Pacquiao’s final bout against Yordenis Ugas in August in Las Vegas.

Magsayo and Ceja’s bout served as a world title eliminator. He bucked a fifth-round knockdown and deficit on the judges’ scorecards by knocking Ceja out cold in the 10th round.

Less than a month after Magsayo’s knockout win, the WBC ordered Russell Jr. to fight the former for a mandatory title defense.

Currently, Magsayo has been training under Freddie Roach at the Wild Card Gym in Los Angeles. He trains alongside IBF junior bantamweight champion Jerwin Ancajas and former world champion Marlon Tapales who are also gearing up for their respective bouts.     /rcg