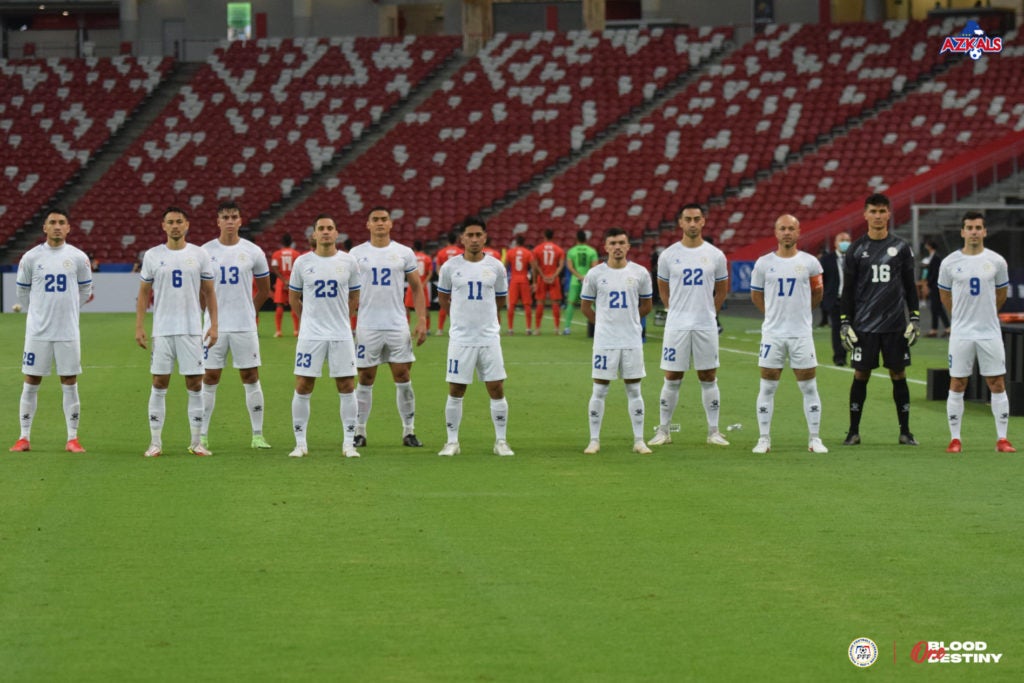 Philippine Azkals players pose for a photo opportunity after their match with Singapore. | Photo from the Azkals official website

United FC’s Fil-Swedish defender Amin Nazari scored the Azkals lone goal at the 69th minute via a header off a corner pass from Kevin Ingreso.

However, it was a little too late for the Azkals’ retaliation as the Lions held on until the final minute of their toe-to-toe 95-minute match in Group A.

As both teams finished the first half with a 0-0 goal, team captain Haris Harun scored a goal at the 61st minute from a short header pass inside the penalty box, to give Singapore its first goal, 1-0.

The Singaporeans’ second goal at the 63rd minute was a long pass from the right wing which Faris Ramli received and kicked the ball directly inside the goal with no hesitation.

The Singaporeans were relentless on their attacks in the first half and had several close calls. But the Azkals goalkeeper Kevin Ray Hansen had excellent saves to keep it 0-0 at the break.

The Azkals were in rhythm in the second half with team captain Stephan Schrock dictating their pace at midfield until the Singaporeans shocked them by scoring two goals in less than three minutes.

After scoring their lone goal from Nazari, the Azkals tried to retaliate, but all of them didn’t convert into goals anymore.

It was a sweet victory for the Singaporeans who hasn’t win a single match against the Azkals since 2012 in the AFF Suzuki Cup.

Their most previous match in the 2018 AFF Suzuki Cup opener in Bacolod City’s Panaad Stadium ended with a 1-0 victory for the Azkals. It was courtesy of Patrick Reichelt’s goal at the 78th minute.

Singapore now leads Group A with six points coming from two victories after they beat Myanmar last Sunday, 3-0. Many time AFF Suzuki Cup champions, Thailand is at No. 2 with three points while the Azkals and Timor-Leste have zero points.

The Azkals will face Timor Leste on Saturday, December 11 at 5:30 p.m. at the same venue.