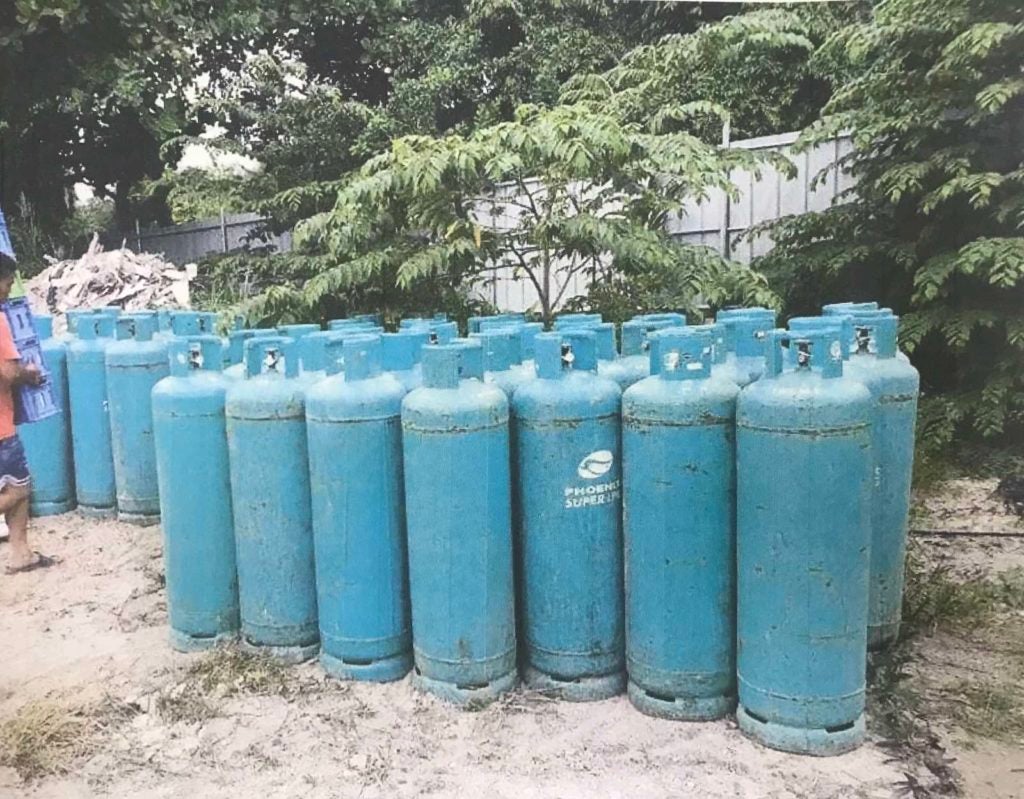 In a press statement issued on Thursday, December 9, NBI-7 reported that on December 7, they arrested three individuals and seized liquified petroleum gas (LPG) tanks, vehicles, and other equipment worth around P2.3 million.

Those arrested were identified as Danilo Reyes Cebuan Jr., Alamid Sanchez Toledo, and Ramil Ayong Quillano – all of whom were workers in the refilling site.

The operation stemmed from a Search Warrant issued against a certain Jane Dela Cerna Reales by Branch 14 of the Regional Trial Court (RTC) in Cebu City.

It was dated December 3, 2021, and signed by Presiding Judge Merlo Bagano.

According to NBI-7, Reales was accused of owning and operating an illegal butane refilling station in Moalboal, a fourth-class town located approximately 85 kilometers southwest of Cebu City.

However, when NBI-7 raided the area, she was nowhere to be found and remains at large.

“Those arrested were the occupants in the premises. They were clearly Jane’s laborers and were caught in the act of refilling metal cylinders with LPG,” NBI-7 said.

Authorities received a complaint that Reales was allegedly running an illegal butane refilling station near a residential area in Moalboal town.

After ‘months of thorough surveillance and verification’, they requested a Search Warrant before trial courts here.

“(Reales) does not possess the authority to act as refiller of LPG. As per official inquiry of NBI-7 with the Department of Energy (DOE), (Reales) was not issued with the Standard Compliance Certificate (SCC) for the refilling of LPG by the DOE,” explained NBI-7.

All four suspects named will be facing charges of violating the LPG Industry Regulation Act (Republic Act No. 11592), Batas Pambansa No. 33 as amended by Presidential Decree 1865, and An Act to Regulate the Use of Duly-Stamped or Marked Bottles (RA No. 5700). / rcg