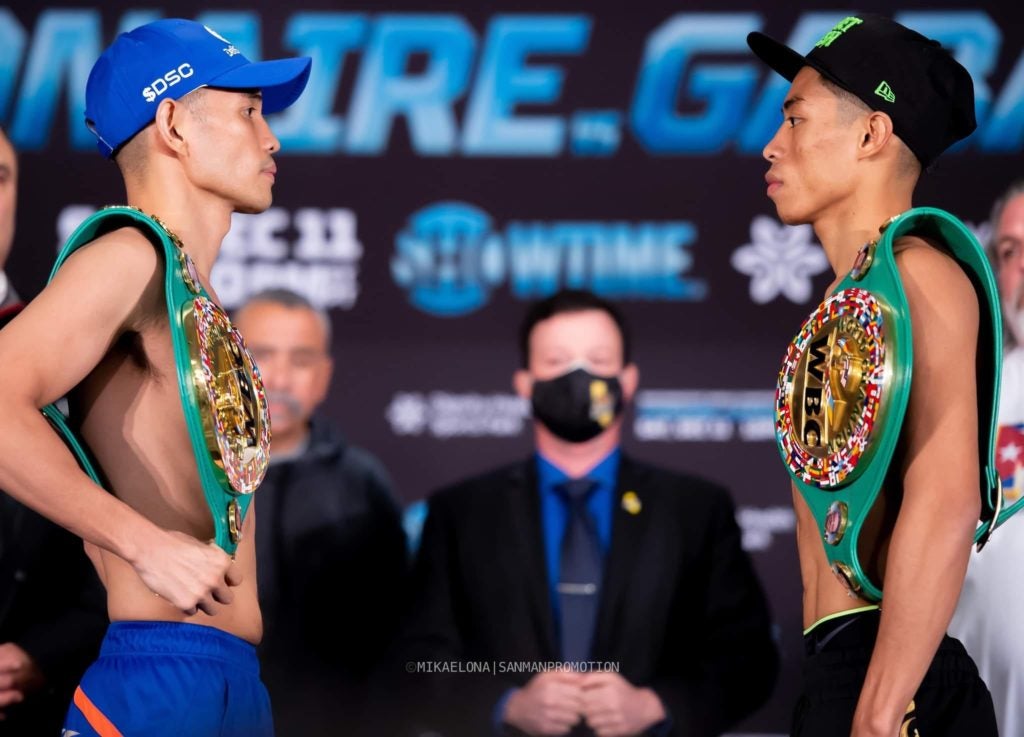 Donaire, a four-division world champion, tipped the weighing scales at 117.2 pounds while Gaballo was a bit lighter at 117 lbs.

Their bout will be held tomorrow, December 11, Saturday (Sunday, Manila Time), at the  Dignity Health Sports Park in Carson,California as the main event for Premier Boxing Champions.

After successfully making the official weight, both boxers flexed their ripped physique that is the result of months of training.

They went on with the usual staredown while clutching their respective belts on their shoulders with Donaire’s promoter, Richard Schaefer of Probellum posing for the cameras in the middle between them.

It will be Donaire’s first title defense after dethroning French-Moroccan Nourdine Oubaali in April this year.

In terms of experience, Donaire is by far the most accomplished boxer. At 39, Donaire continues to defy age. His record of 41 wins, 6 defeats with 27 knockouts speaks for itself.

Meanwhile, the 25-year-old Gaballo is undefeated with 24 wins and 20 knockouts.

Donaire is an inch taller over Gaballo at 5-foot-7 while the latter’s height is 5-foot-6. Both boxers have the same reach at 68 inches.

They will fight for the IBF world super-bantamweight title eliminator.

John Riel Casimero out of title defense vs Paul Butler

Read Next
DOT-7 : Outdoor tourism a growing business amid the pandemic