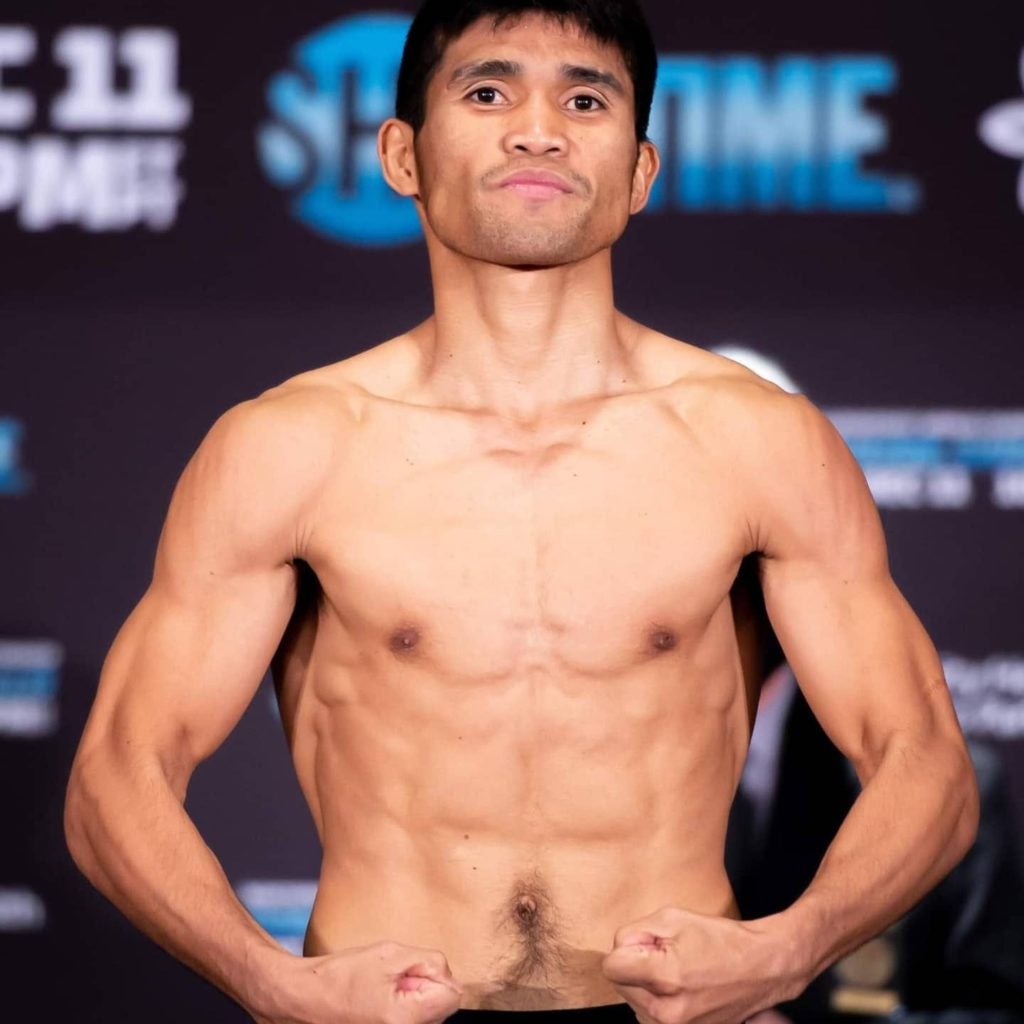 Marlon Tapales flexes his muscles during the weigh-in for his world title eliminator bout against Hiroaki Teshigawara. | Photo from Sanman Boxing Promotions.

The pride of Tubod, Lanao del Norte bucked a long layoff and displayed his old winning form when he knocked down Teshigawara three times in their short-lived bout.

With the victory, Tapales earned a world title shot against IBF and WBA super-bantamweight king Murodjon Akhmadaliev of Uzbekistan.

During the bout, Tapales decked Teshigawara twice in the first round after he landed vicious punches to the head and body against Teshigawara who was forced to defend himself.

Taales pinned Teshigawara against the ropes and unleashed a flurry of combinations that landed perfectly on their targets. The referee, Jack Reiss, then stepped in to score a standing knockdown.

Teshigawara beat the referee’s count only to get beaten again badly by Tapales. A right hook to the head downed Teshigawara for the second time.

In the second round, Tapales didn’t waste a single second and went for the kill. He unleashed another flurry of punches, but a timely right hook to Teshigawara’s head put an end to their lopsided duel with just six seconds into the second round.

Tapales who once fought under Rex Wakee Salud (RWS) Gym in Cebu City improved his record to 35 wins with 18 knockouts along with three defeats.

It was his fourth fight in the United States under Sanman Boxing Promotions.

Meanwhile, Teshigawara suffered his third defeat with 22 wins, two draw and 15 knockouts and spoiled his debut fight in the United States.

Tapales has come a very long way after his loss to another Japanese, Ryosuke Iwasa for the IBF interim world super bantamweight title in Brooklyn, New York in 2019 via technical knockout.