Signal No. 4 up in Metro Cebu, nearby areas; #OdettePH to make landfall in Sibonga tonight 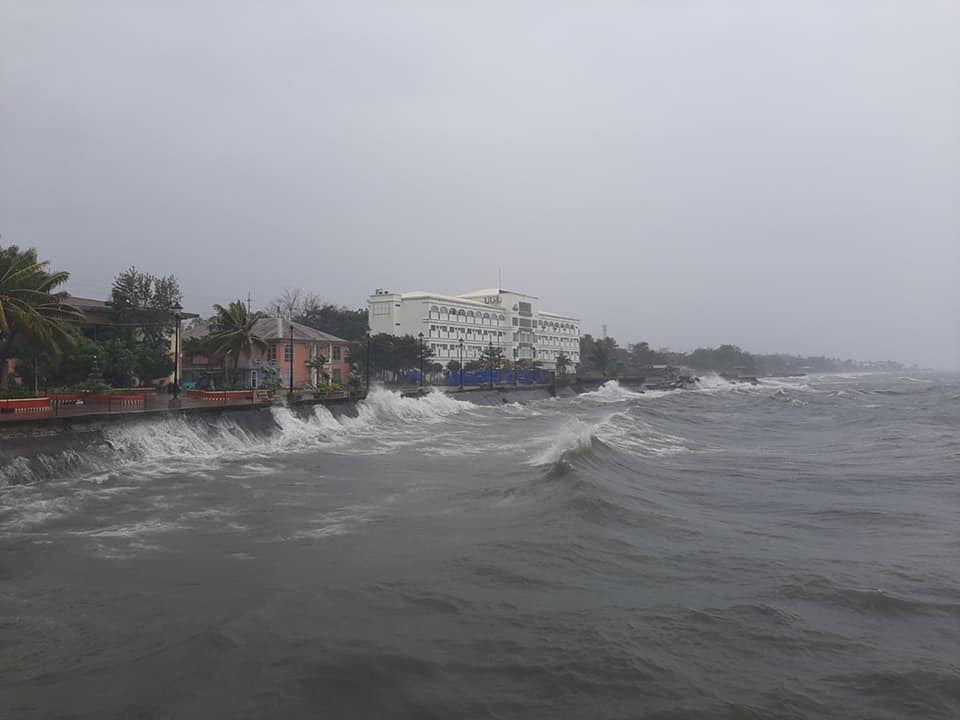 This is the situation in Toledo City Port on Thursday afternoon, December 16, 2021 | Photo from Cebu Port Authority

CEBU CITY, Philippines — Metro Cebu has been included in the list of areas under Tropical Cyclone Warning Signal (TCWS) No. 4 as Typhoon Odette (international codename: Rai) made landfall.

Odette made landfall in Siargao Island at 1:30 p.m., the state weather bureau reported in its latest severe weather bulletin.

As the typhoon approaches the Visayas area, the Philippine Atmospheric Geophysical and Astronomical Services Administration (Pagasa) hoisted TCWS No. 4 in at least 28 localities in Cebu, including the cities of Cebu, Mandaue, and Lapu-Lapu.

In Pagasa’s Public Storm Warning System, TCWS No. 4 meant destructive wind with speeds ranging between 171 kilometers per hour (kph) and 220 kph will prevail within 18 hours.

This meant that the storm may bring heavy and destructive damage to properties.

Pagasa has also warned of storm surges reaching up to three meters in height.

Other areas under Storm Signal No. 4 are Dinagat Islands, Surigao del Norte including Siargao and Bucas Grande Islands, Southern Leyte, and the southwestern portion of Leyte covering Hilongos, Bato, Matalom.

The rest of the island-province is under Storm Signal No. 2

Odette, which continues to intensify before crossing Visayas, is also projected to make another landfall within the vicinity of Sibonga, southern Cebu at 11 p.m. on Thursday.

It packs winds with speeds of up to 195 kph, and gustiness reaching up to 240 kph.

Odetta has also slightly accelerated, moving at a speed of 30 kph in a west-northwestward direction.