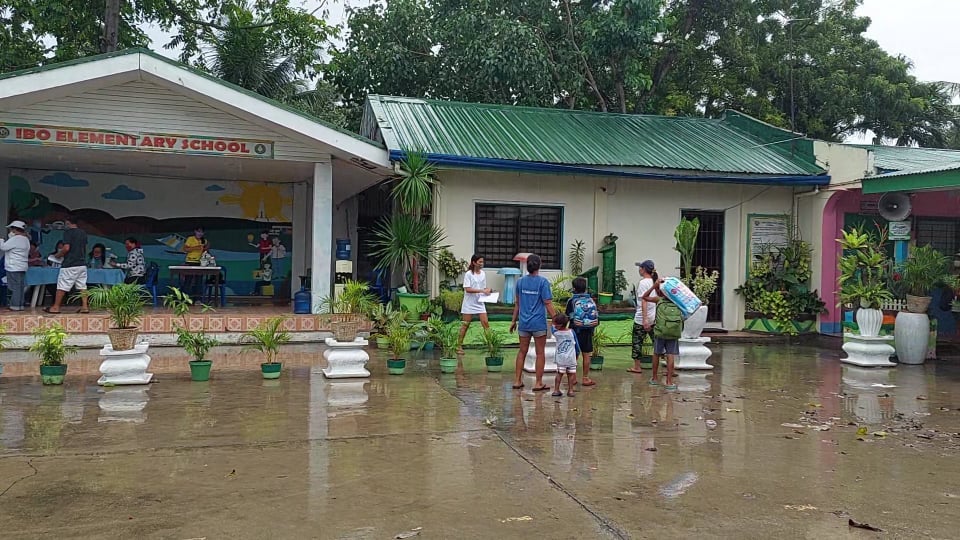 Some residents of Barangay Ibo in Lapu-Lapu City are evacuated to the Ibo Elementary School amid the threat of Typhoon Odette. | Futch Anthony Inso

Julius Pagas, Emergency Operation Center (EOC) operation coordinator of Lapu-Lapu City, said that this came from 999 families who were evacuated to prepare for the arrival of typhoon Odette.

(They are mostly from Olango Island because that is where there is a hazard, especially when there are storm surges.)P

Currently, Lapu-Lapu City was placed in storm signal No. 3.

Pagas also urged families from high-risk areas to evacuate to a much safer place, such as the identified evacuation centers in their area, by coordinating with their barangay officials.

In Barangay Ibo, residents from the coastal areas in the barangay have evacuated voluntarily to Ibo Elementary School.

Ibo Village Chief Maryjane Cahilog said that as of 9:55 a.m., around 67 families or 330 individuals were already evacuated at the Ibo Elementary School.

Each evacuated family was also given food packs, consisting of three kilograms of rice, canned goods, and noodles.

(If this will be filled up, we will place the others at the day-care center.)

In Barangay Pajo, around 31 families or nearly 200 individuals were evacuated at the day-care center of the barangay.

Pajo Barangay Captain Lyndel Bullos said that the evacuated families had personally called the barangay to ask for assistance for their evacuation.

The barangay is also preparing their gymnasium and the Pajo National High School as an evacuation center for more families who wish to evacuate from their residences.

(We are preparing food for the evacuees for their breakfast, lunch and supper. Then we are coordinating with the city government for their assistance.)