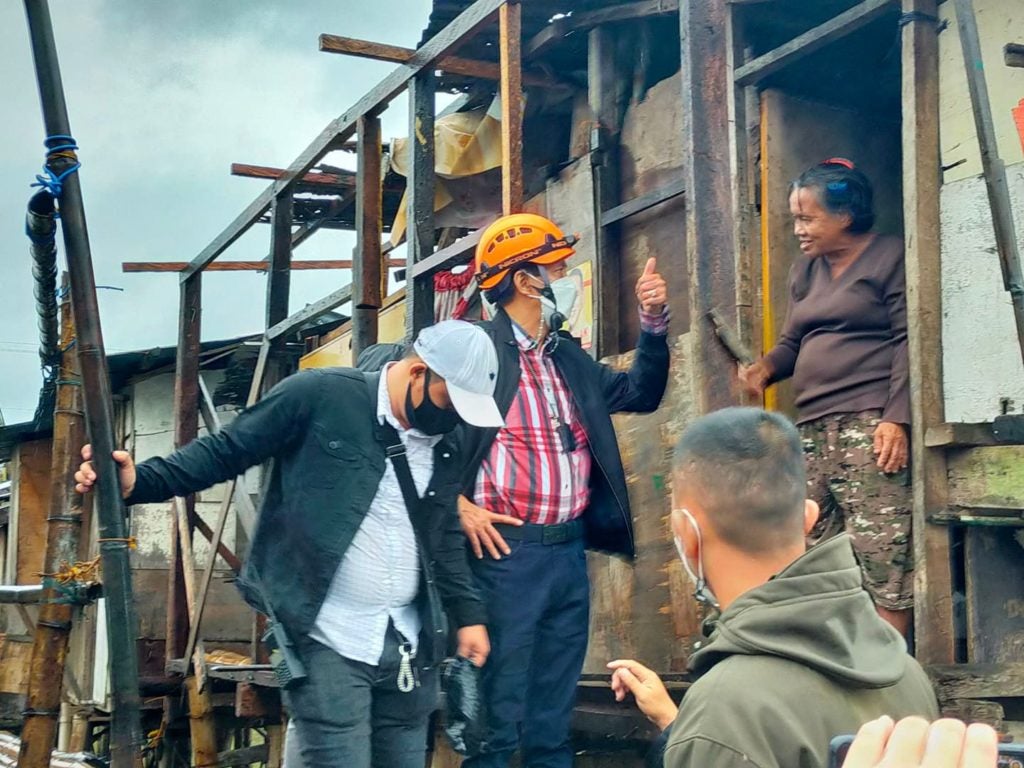 This was, he said, after inspecting various sitios in Barangays Mambaling, Ermita, Pasil, and Lorega San Miguel, on December 16, 2021, ahead of the landfall of Supertyphoon Odette in Cebu Island.

Many residents in Sitio Badjaoan and other nearby sub villages in Barangay Mambaling remained in their homes despite repeated warnings of the barangay and the City Disaster Risk Reduction and Management Office (CDRRMO).

Rama braved the increasingly heavy rains and strong wind past 4 p.m. on Thursday to appeal once more to the residents to leave the area.

After checking the over a hundred homes and the residents who still refused to be evacuated, he ordered the evacuation of all residents in the coastal areas to prevent any casualties during the incoming storm.

(What is important is that we can evacuate those that needed to be evacuated. We are now on forced evacuation. If we could not do this ourselves, then our law enforcement agencies will join us.)

The mayor urged all residents in hazard areas to evacuate to the nearest evacuation centers by now to prevent the loss of lives. He said properties could be replaced, but lives lost would be lost forever.

The CDRRMO has responded to the instructions of Mayor Rama immediately. Administrative head, Ramil Ayuman, said they were now seeking the help of the military to conduct forced evacuations for residents in hazard areas.

Ayuman said so far, 10,783 evacuees had already been moved to secure evacuation sites in many barangays including Mambaling, Sawang Calero, Inayawan, Basak Pardo, Cogon Pardo, Ermita, Sapangdaku, Pulangbato, among others.

The areas include mountainsides, riversides, and coastal sitios. All evacuees will be provided with food and water while in the evacuation sites.

He said he was thankful that the Department of Education (DepEd) responded immediately to the calls of the city government to use the public schools as evacuation centers.

The CDRRMO continues to monitor the situation in the city as the rains and winds get heavier and stronger with the Odette nearing Cebu.