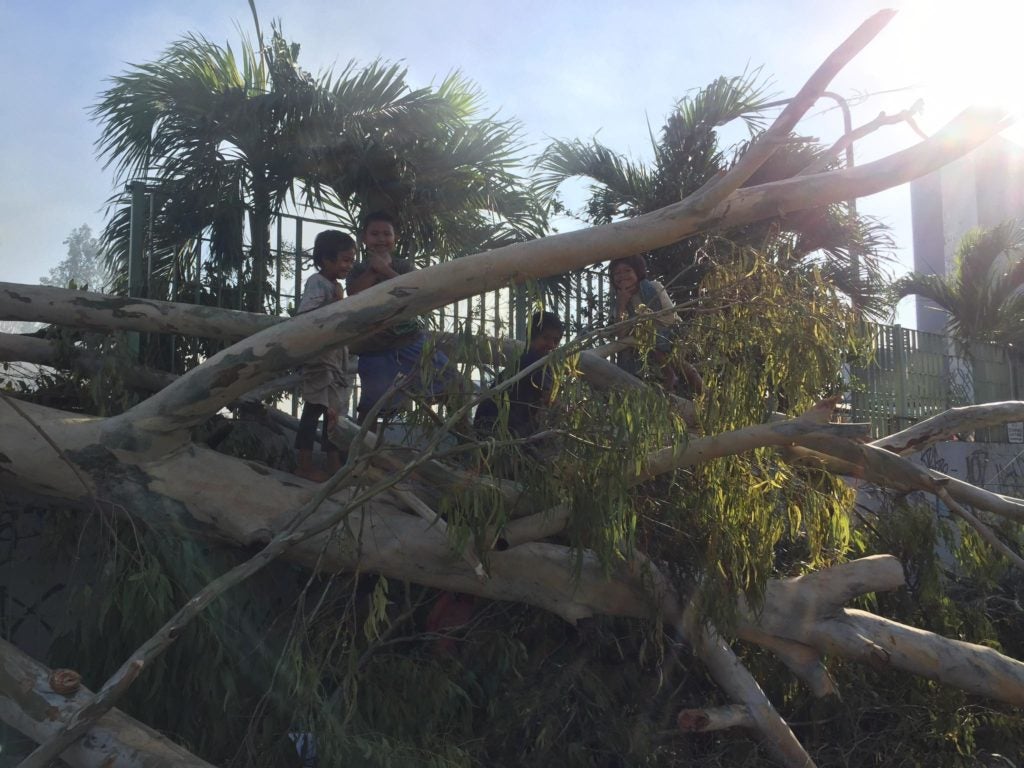 | Children climb the branches of a fallen tree outside the old Cebu International Center in Mandaue City. | Doris Bongcac

Edna Inocando, spokesperson of the Metropolitan Cebu Water District (MCWD), said on Saturday morning, December 18, that they continue to work to restore water supply in Metro Cebu but it will take at least two weeks to do this.

How fast they work will also depend on how soon the Visayas Election will be able to restore power supply, she said in a radio interview.

As of Saturday, Innocando said, they were still trying to operate some of their water pumps using generators.

Visayan Electric for its part said in an advisory that “much as we would like to energize our franchise area right away, the magnitude of the damage caused by the typhoon prevents us from doing so.”

“We will conduct line clearing operations first before restoring power. In these times of difficulty, we ask for our customers’ understanding if we cannot attend to your concerns right away. Our team members are also victims of the typhoon and are also ensuring the safety of their respective families. Rest assured, we will work on restoring power the soonest possible time.”