Death toll due to Typhoon Odette climbs to 389 — NDRRMC 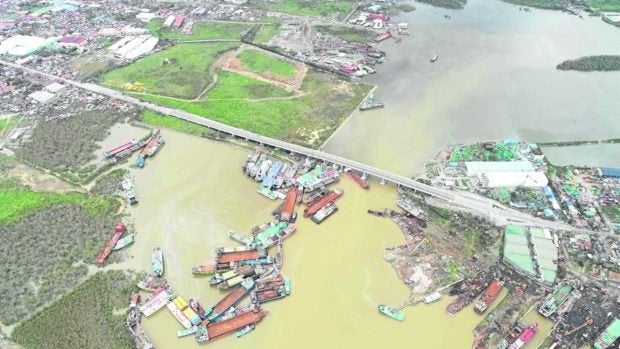 MANILA, Philippines — The death toll due to Typhoon Odette has reached 389, based on the latest report of the National Disaster Risk Reduction and Management Council (NDRRMC) as of Monday.

This was higher than the 378 deaths reported by the agency on Sunday.

According to NDRRMC, 64 individuals are missing while 1,146 were injured.

The latest report also showed that a total of 1,074,169 families or 4,204,601 individuals in 429 cities or municipalities were affected by the typhoon, which ravaged parts of Visayas and Mindanao during its onslaught.

Meanwhile, a total of 700,321 persons from Mimaropa, Western Visayas, Central Visayas, Eastern Visayas, Zamboanga Peninsula, Northern Mindanao, Caraga, and Bangsamoro Autonomous Region in Muslim Mindanao (BARMM) were preemptively evacuated due to the typhoon, according to the agency.

According to NDRRMC, a total of 334 cities and municipalities in Mimaropa, Western Visayas, Eastern Visayas, and Caraga had declared a state of calamity.

Read Next
2 establishments in Cebu told to explain alleged overpricing