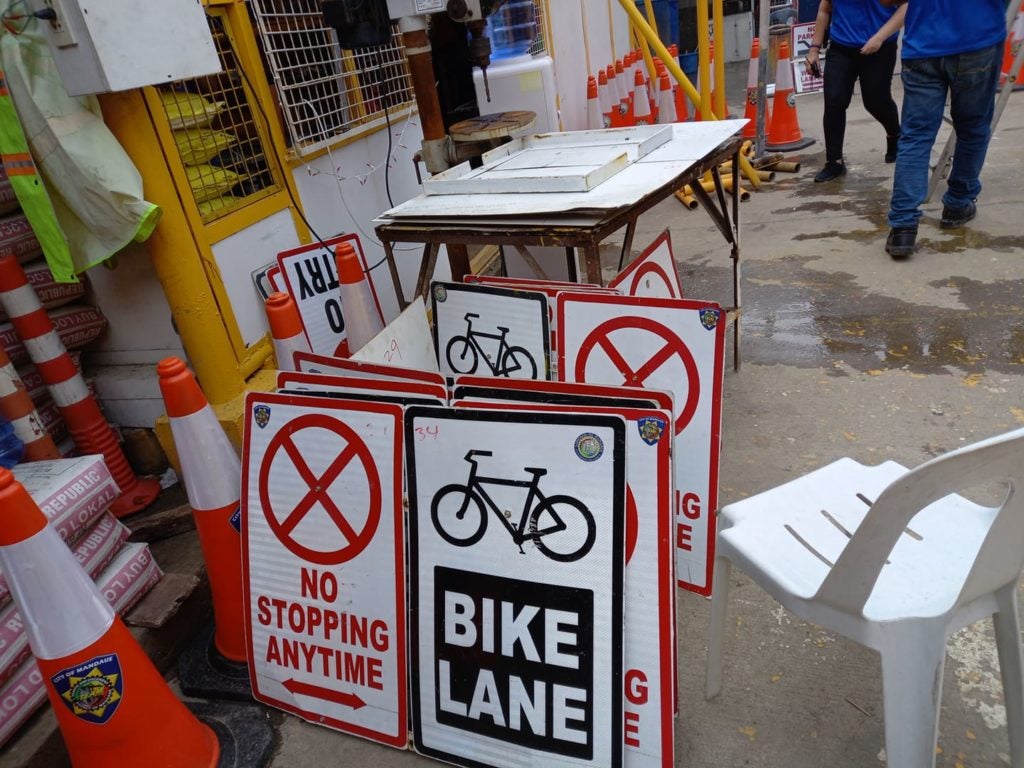 These are some of the traffic signs in Mandaue City that fell off the posts at the height of super typhoon Odette.  | Mary Rose Sagarino

MANDAUE CITY, Philippines — About 80 percent of the traffic signs in Mandaue City were damaged because of the onslaught of super typhoon Odette.

Jerome Ursal, head of the Traffic and Transportation Planning and Engineering Division of the Traffic Enforcement Agency of Mandaue (TEAM), said areas with significantly damaged traffic signs include A. Del Rosario, A.S. Fortuna, S.B. Cabahug, among others.

Ursal said most of the traffic signs in the city have fallen off the posts, the posts were bent, and were missing, among others. 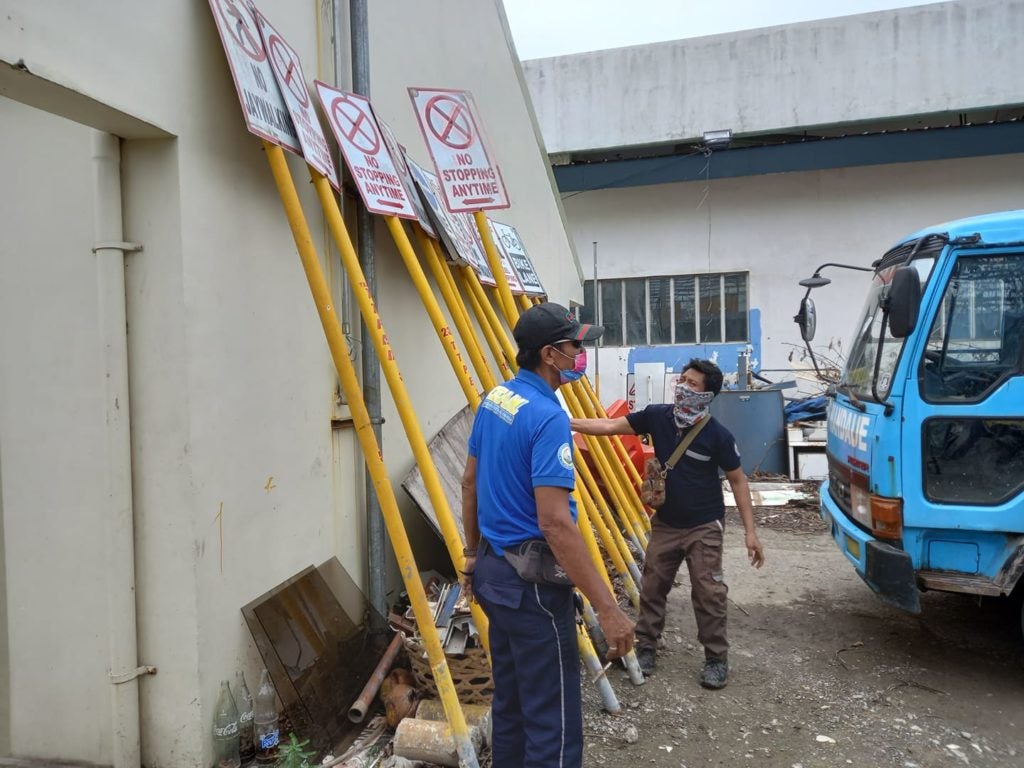 These are some of the traffic signs in Mandaue City, which were damaged during the height of super typhoon Odette. | Mary Rose Sagarino

He said aside from the traffic signs, some of the bollards installed by the Department of Public Works and Highways for the city’s bike lanes were also damaged.

Because most of the city’s traffic signs were damaged and the majority of the traffic lights were still not operational, Ursal said they had deployed additional personnel especially to the city’s key intersections to man the traffic and watch for traffic violators.

Ursal said they had started restoring the signs at the city’s core and would next replace the signs on the highways.

He said they did not have an exact date when all the damaged signs can be restored, but they were trying to finish it before the month would end.