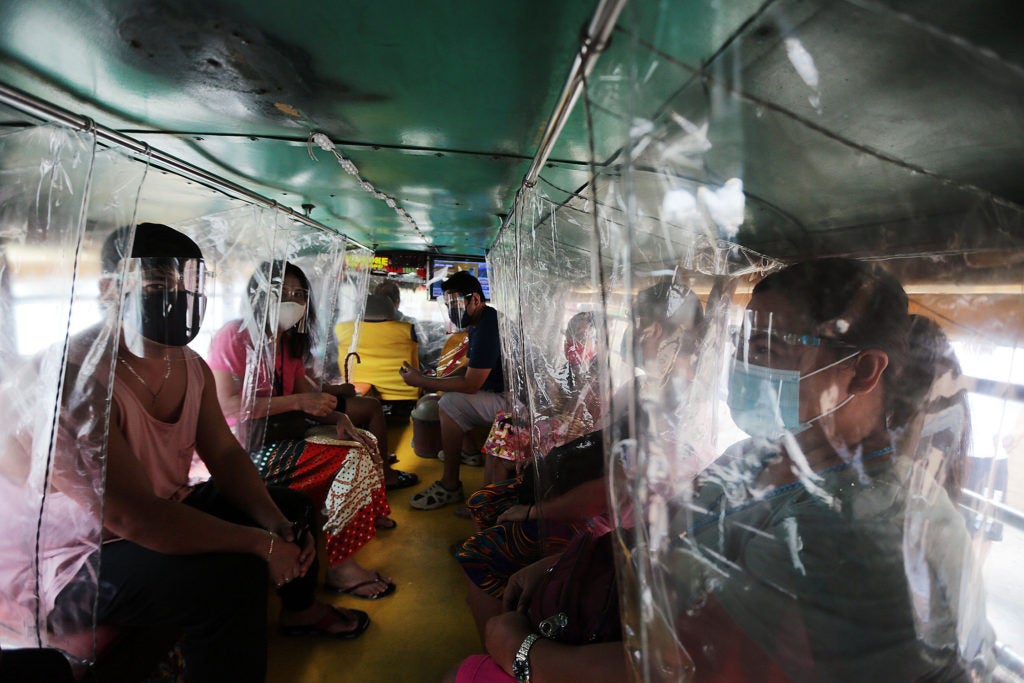 This was the assessment of Police Lieutenant Colonel Randy Caballes, chief of Talisay City Police Station, a week after Police Colonel Engelbert Soriano, director of the Cebu Police Provincial Office (CPPO), redirected them to monitor the compliance of PUVs and passengers with the 75% capacity.

This directive is in compliance with the reimplementation of the order that was first issued by Cebu Governor Gwendolyn Garcia last August 6, 2021, reducing the passenger capacity of PUVs to 75%, made to address the COVID-19 situation in the province.

Caballes said that they conduct their regular checkpoints in Talisay City to strictly implement the required capacity.

Caballes said that there were a few who were warned for disregarding the directive but later on, the majority of the drivers, operators, and passengers have become compliant.

As generally observed, the public become much more relaxed following the onslaught of OdettePH which hit last December 2021.

However, as people continue to recover from the devastation it has caused, Caballes observed that this has changed and they have not recorded any overloading incident in the city so far when they conduct checkpoints.

(So far, as what we observed, there are fewer public transports that overload passengers. The capacity limit was so far observed, especially in jeepneys and buses. These were during the conduct of our checkpoints.)

With their regular checkpoints, Caballes is hopeful that the public will continue to follow what has been implemented in the city.     /rcg