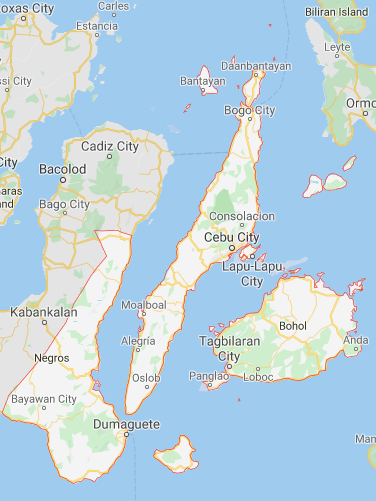 Three of those arrested were wanted for rape, one for attempted homicide, and two for murder, said Police Lieutenant Colonel Epream Paguyod of the Regional Mobile Force Battalion in Central Visayas (RMFB-7).

Paguyod said that two of those arrested for murder were allegedly suspected members of the New People’s Army.

Early morning today, January 23, police served the warrant of arrest for murder on Dieto Ferolino, who was arrested in Guihulngan City, Negros Oriental.

Ferolino has a warrant of arrest for murder that was issued last November 4, 2021, by Judge Eric Anthony Dumpilo of Regional Trial Court Branch 64 in Guihulngan City.

Paguyod said that Ferolino reportedly surrendered to the 62nd Infantry Battalion in 2020, but he allegedly returned to being a member of the NPA.

He said that Ferolino was allegedly a logistic officer of the terrorist group prior to his arrest.

Ferolino is now in the custody of Guihulngan Police Station after he was arrested around 5 a.m. on Sunday.

Police served the warrant of arrest for murder during the operation in Barangay Sta. Cruz, Liloan town, where Eustaquio was allegedly hiding.

Judge Mario Trinidad of the Regional Trial Court Branch 64 in Guihulngan City issued the warrant of arrest for murder against Eustaquio.

Paguyod said that Eustaquio allegedly committed the crime in 2019 and had been in hiding in Cebu for years now.

He said that they had been trying to locate Eustaquio for quite a while now until they found him in Liloan town.

Eustaquio is currently detained at the custodial facility of 703rd Maneuver Company, RMFB-7 pending the return of the arrest warrant to the issuing court.

No bail was recommended against both accused.

Paguyod said that the arrests of these two individuals were very crucial as these might be used by some groups who wanted to hamper the conduct of the election in 2022.

Christopher Chavez was the first to fall after police located where he had been hiding from in Dumaguete City in Negros Oriental.

Paguyod said that Chavez had eluded arrest since 2009 for raping a minor.

A warrant of arrest for five counts of rape was served against the suspect.

In another operation on January 22, police arrested the most wanted person of Siaton town, Dioscoro Macalipay, 59, who was facing statutory rape charges.

Another operation in Siaton, led to the arrest of Jason Villahermosa, 22, of Barangay Maloh, Siaton town, who was served a warrant of arrest for rape.

No.2 most wanted in Cebu City arrested

Second most wanted person in Cebu City nabbed in Bohol