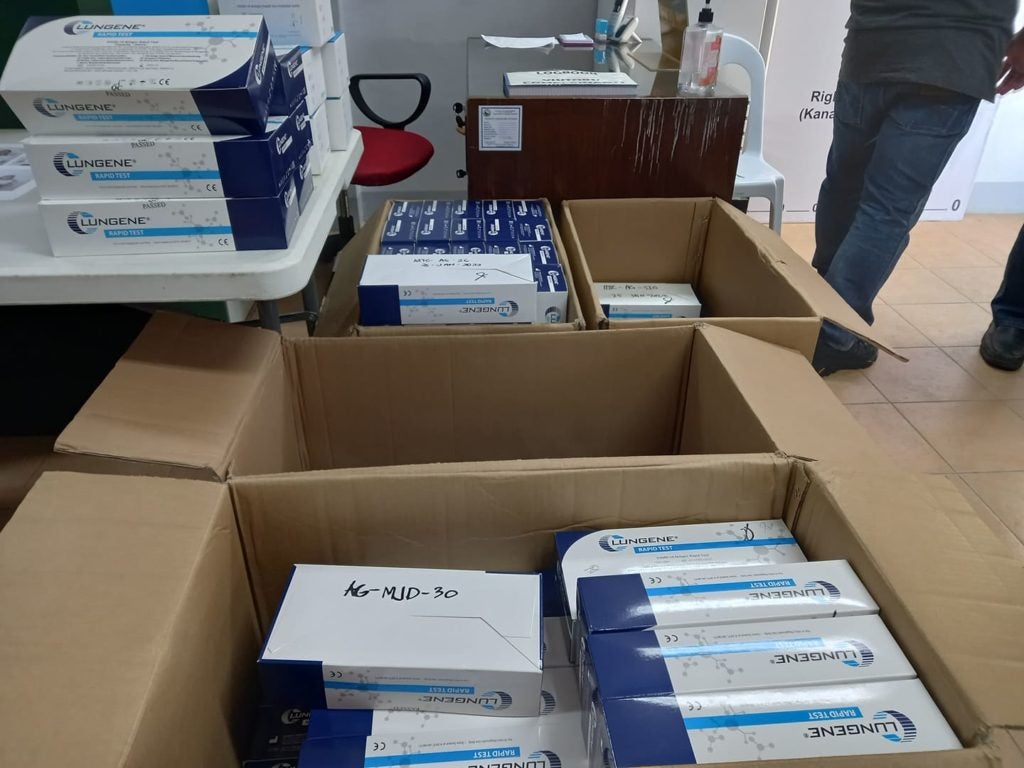 The four individuals were arrested in separate entrapment operations conducted by the district office in coordination with the Food and Drug Administration on Tuesday and Wednesday in Mandaue and Cebu City.

The NBI said the sellers do not also have a license to sell. The agency said before an individual can be allowed to sell, he/she should have a license to do so and his product should be registered with the Bureau of Food and Drugs Administration.

A charge for violating Republic Act (RA) 9711 or the Food and Drug Administration Act of 2009 in relation to RA 20175 or the Cybercrime Prevention Act of 2012 have been filed against the suspects.

Agapito Gierran, executive officer for administration, said this was not the first that they were able to arrest an individual for selling adulterated test kits. He said last 2020, they have also arrested an individual who was eventually convicted of the crime.

Gierran said illegal sellers are again on the loose because of the surge of the COVID-19 cases.

He said though that because of these operations, illegal sellers may stop their illicit activities.

Arnel Pura, NBI-CEBDO agent in charge, said they have yet to determine the source or suppliers of the sellers.

Pura said based on their initial investigation, the test kits came from Manila. He said they continue to investigate to identify the source of the kits.

NBI-7 Director Atty. Renan Oliva is encouraging the public to purchase test kits from reliable sellers and drug stores to ensure that the test kits are registered and safe to use.         /rcg

Read Next
Health protocol violators up in Cebu City – police