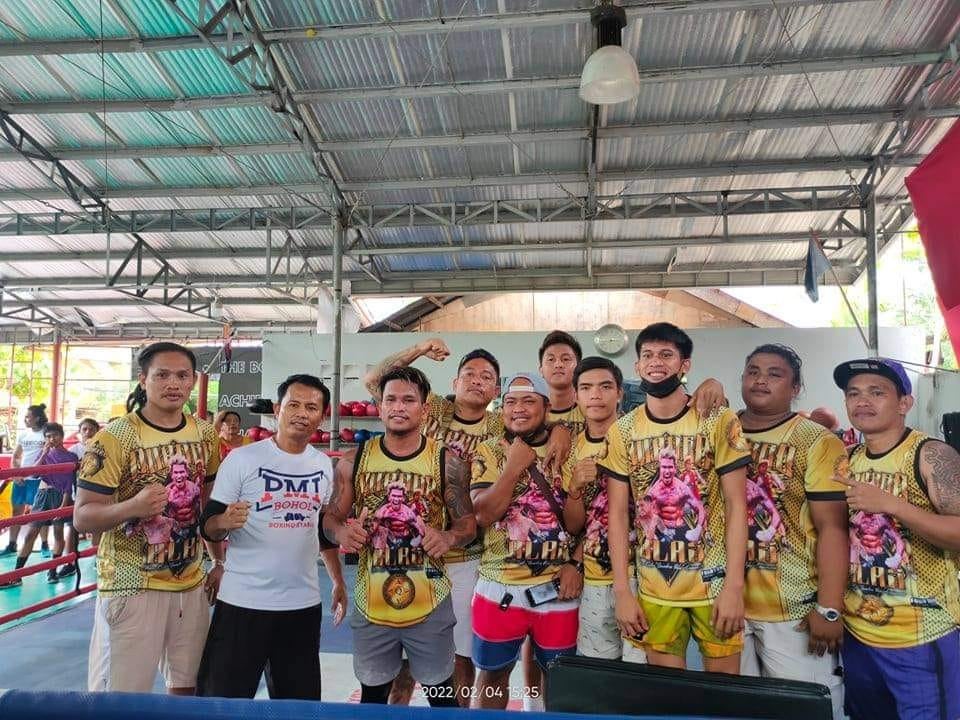 Edito Villamor (in white shirt) and John Riel Casimero (third from left) pose for the camera during a break in the latter’s training at the Villamor Brothers Boxing Gym in Mandaue City. | Photo from Edito Villamor’s Facebook page.

The 32-year old Casimero was last seen here in 2017 when he fought and lost to Jonas Sultan in a world title eliminator bout at the Waterfront Cebu City Hotel and Casino.

Five years later, Casimero decided to start his training camp at the Villamor Brothers Boxing Gym in Mandaue City to prepare for his April 23, 2022 title defense against British Paul Butler.

Casimero and Butler were supposed to square off last December 11 in Dubai, UAE. However, the match was canceled and moved to April after Casimero suffered ‘viral gastritis’ on the eve of their official weigh-in.

Casimero sports a record of 31 wins with 21 knockouts and four defeats.

According to well-known Cebuano boxing trainer, Edito Villamor, the owner of the Villamor Brothers Boxing Gym, Casimero will likely spend a few weeks at his gym to train.

Casimero is a very familiar face in Cebu’s boxing scene.

Before he made waves abroad, Casimero built his career in Cebu at the Omega Boxing Gym under the tutelage of Christopher “Pingping” Tepora and manager Samson Gello-ani.

His first 13 bouts happened here before he fought abroad and became a world champion.

Tepora, Gello-ani, and Casimero hogged the sports headlines in 2012 when they were mobbed by angry Argentinian boxing fans when Casimero knocked out hometown boxer Louis Lazarte to clinch the IBF interim world light flyweight title in Argentina.

Casimero also lost a world title here. In 2014, he was stripped of the IBF world light flyweight belt after appearing overweight in the official weigh-in of his scheduled title defense at the Waterfront Cebu City Hotel and Casino.      /rcg

Read Next
What do these beauty queens share in common? Read on.