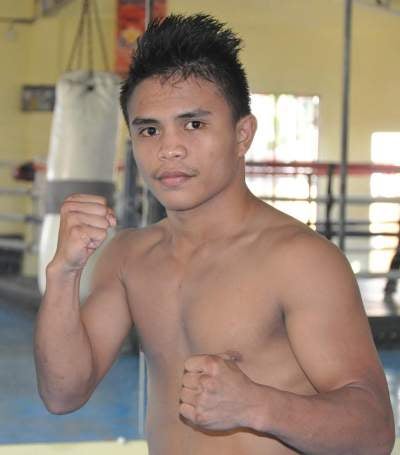 Unlike their last fight which went the distance, this fight ended in the seventh round after the ring physician decided to stop the bout due to the excessive bleeding from Taduran’s cut on the right side of his forehead

Judge Nic Banal scored the bout 66-64, while Silvestre Abainza had it at 65-64, both for Cuarto, while Brembot Dulalas had it even at 65 all.

Cuarto’s two knockdowns in the fourth and sixth rounds were crucial in being declared  victorious.

Cuarto was deducted two points in the second round for a headbutt.

Although the punches were not that damaging, Taduran touched the canvas with his gloves in the first knockdown.

The referee ruled another knockdown in favor of Cuarto in the sixth round after Taduran’s knee touched the canvas.

Both boxers went toe-to-toe from the opening bell until the ring physician decided to end the bout in the middle of the seventh round.

In their first encounter last year, Cuarto dethroned Taduran via a close unanimous decision with all three judges scoring it 115-113.

Cuarto’s victory against Taduran improved his record to 20 wins, 11 by knockouts, two defeats, and two draws. Taduran dropped to 14-4-1 (win-loss-draw) with 11 knockout victories.

Read Next
Boy from Mandaue City needs help for Chemotherapy