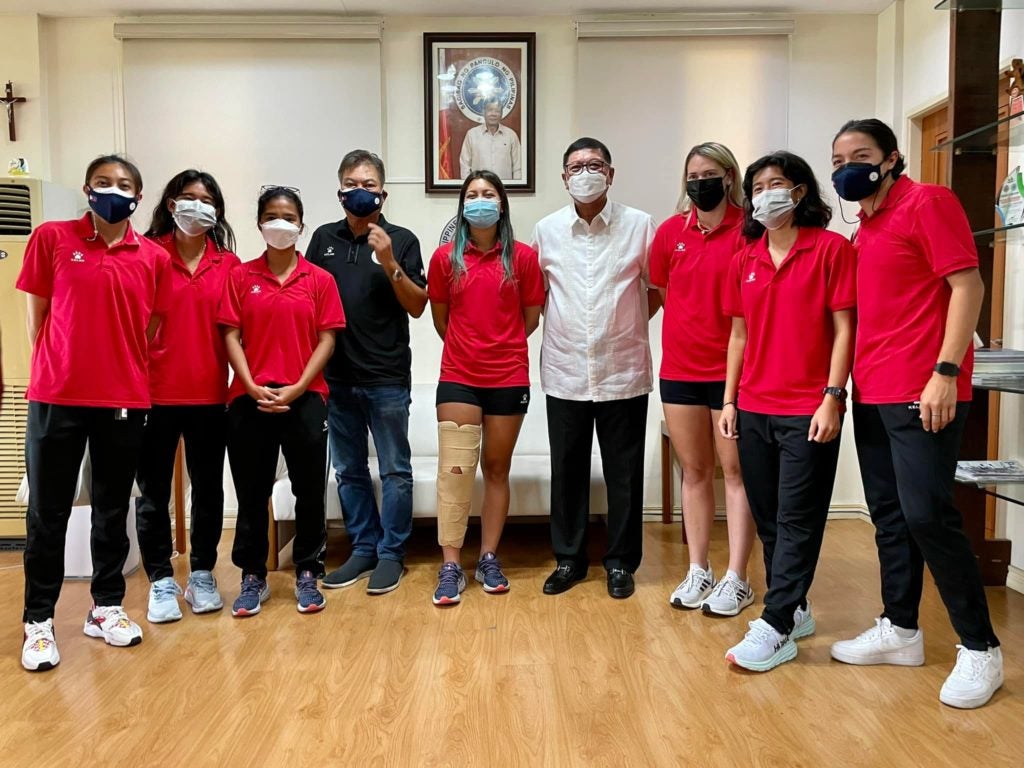 Members of the Philippine Women’s National Football Team (PWNFT) pose for the camera along with PSC Chairman William Butch Ramirez (in white shirt) and PFF President Marciano Araneta (in black shirt) during their courtesy call in PSC on Monday. | Photo from PSC Press Bureau

“We recognize the outstanding performance of our women’s football team and their historic accomplishment,” said Chairman Ramirez.

“This is one of the pinnacles of our experience. We couldn’t have done it without the PSC’s support and all of you behind the scenes. You are all part of this achievement,” said Long, who served as the team’s co-captain in the tournament.

Ramirez also commended the leadership of the PFF, its officials, and Australian Coach Alen Stajcic for ensuring that each of the members of the PWNFT brought their best performance on the world stage.

Araneta also thanked the PSC for its great support.

The players of the PWNFT are expected to receive cash incentives courtesy of the PSC. It is now forwarded to the PSC Board for approval.