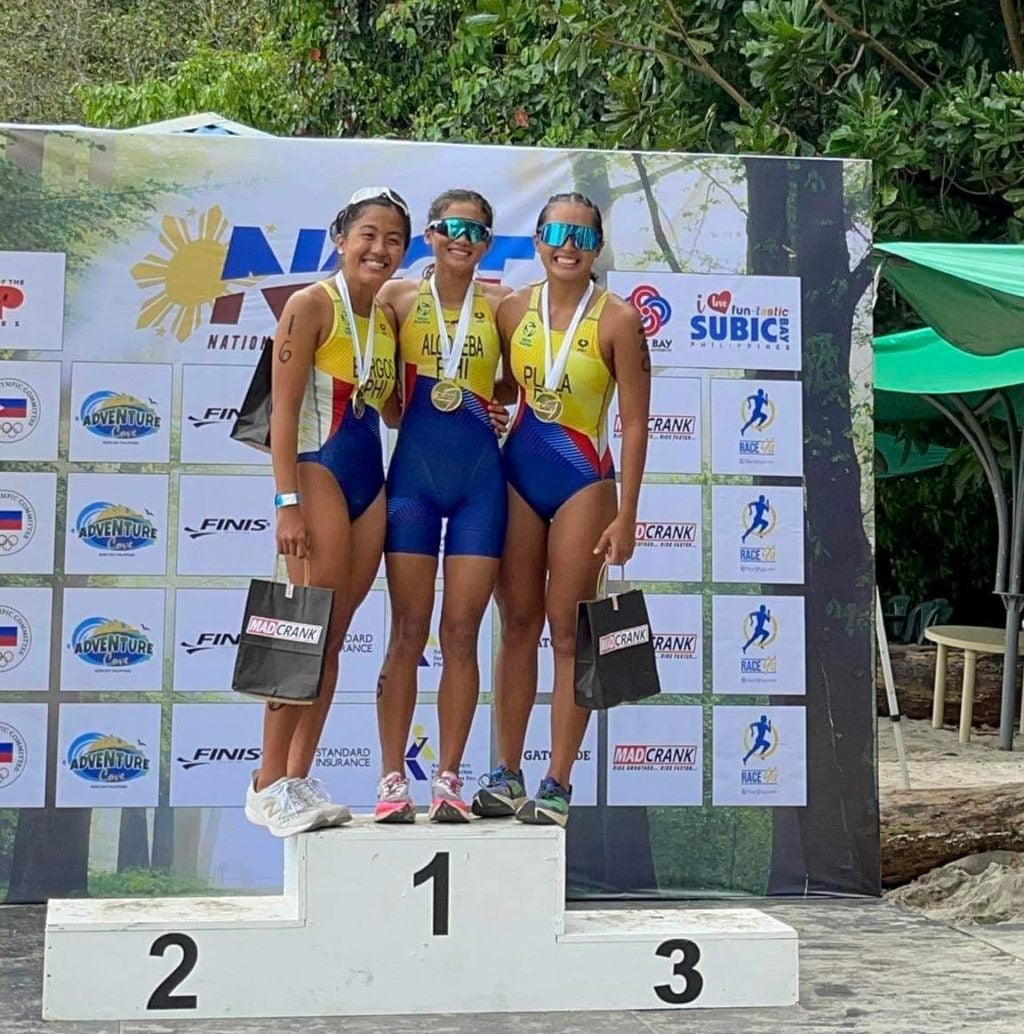 CEBU CITY, Philippines — Cebuana triathlete Raven Faith Alcoseba never thought even in her wildest dreams that she can win a major triathlon race amidst self-doubts after transitioning from one sport to another.

Last Sunday, February 13, Alcoseba introduced herself as the country’s newest triathlon star after pulling off a huge victory in the National Age Group Triathlon (NAGT) by ruling the standard women’s elite category in Subic Bay, Zambales.

The event is the official qualifying race for the Philippine National Team for triathlon in the 31st Southeast Asian Games (SEAG) in Hanoi, Vietnam, and the Triathlon Association of the Philippines (TRAP) talent identification race.

Alcoseba isn’t entirely new in pulling off surprises. Last year, she did that by dominating the grueling 100-kilometer race of the Cross Cebu 600 cycling event.

She revealed that she didn’t see herself competing in triathlon races when she first started training less than two years ago under the tutelage of renowned triathlon coach Roland Remolino.

“I didn’t see myself becoming a triathlon champion. Not at all since I started off training on the run part and I really struggled with it. So, when coach told me that I had potential and I should buy a bike, I really thought he was just kidding at that time,” said the UAAP swimmer from De La Salle University.

Fast forward to 2022, Alcoseba is now a certified triathlon champion and will most likely don the country’s tri-colors in the SEA Games this May.

“It feels really good, especially that I wasn’t sure if I could pull it off since it was going to be my first time doing all three at once (well except for the iron kids I joined about 7 years ago). I also kept thinking if I could mount and dismount properly,” added Alcoseba.

“I already expected the race to be hard just like the duathlon race last year. But I never expected that my legs would be cramping the whole 10k run after the bike.”

She also revealed that she only joined Remolino’s team only to stay fit and never dreamed of being a champion given the scant time that she prepared for the race.

Now she is a national champion and will represent the country in the biennial regional games.

“It feels really amazing to be considered to represent the Philippines in SEA Games, and is actually something that I never would’ve thought that I could achieve since I only joined coach Andoy’s team to stay fit,” said Alcoseba.

“The thought of being able to compete in SEA Games really inspired me to work even harder. ”

Unlike any champion though, Alcoseba is not taking a rest and basking in her glory. Instead, she decided to immediately start training for a duathlon race next month and the SEA Games under Remolino’s watchful eye.

“As of now, I will be preparing for the duathlon race this March. But going to SEA Games, I will surely be relying on what coach Andoy (Remolino) has prepared for us and of course do my part in giving my best. If it’s to improve even more then I am very willing to go and I also think it would be a great opportunity,” said Alcoseba.

In addition, Alcoseba is also trying to improve her performance in both the bike and run legs given that her forte is swimming.   /rcg

Read Next
WATCH: Marian Rivera shares a charming video of her son Ziggy