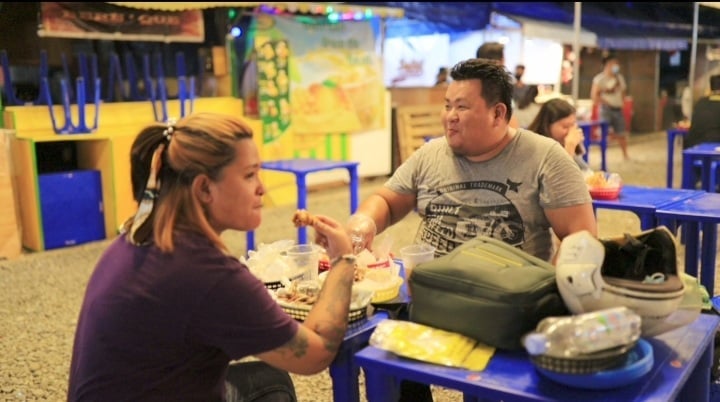 Food outlets in a market in barangay Maguikay who were closed when curfew was imposed, are now doing good business, with the curfew lifted, serving customers, who want to have a meal at midnight or early morning. | Photo courtesy of Mandaue PIO

MANDAUE CITY, Philippines — Some businesses in Mandaue City showed improved sales after the Mandaue City government lifted the curfew on Wednesday with the easing of COVID cases in the city.

Lawyer John Eddu Ibañez, Mayor Jonas Cortes executive secretary and the head of the Mandaue City Information Office, said that this was what they observed on their roving patrol at the start of the lifting of the curfew on Wednesday, February 16.

Interviews of the PIO with small businesses showed their happiness that they could now again operate at night.

Michael Lobiano, a balut vendor, said his sales was much better now than the time that there was still a curfew.

(I am happy because my sales can now be sustaiined. The sales can be rolled over.)

(There is a big change. Customers are now frequenting our businesses unlike [when there was curfew] only a few customers would be here. I hope this will continue.)

Ibañez said some businesses that were operating 24 hours before the pandemic were back with their original operation. 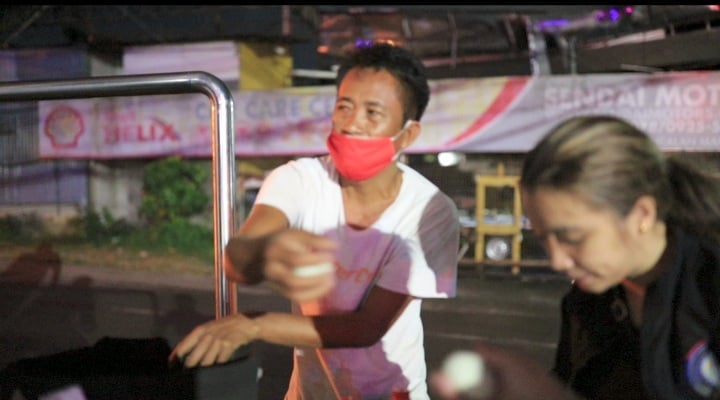 A balut vendor says his sales have improved with the lifting of curfew in Mandaue City. | Mandaue PIO photo

Ibañez, however, noted that there were some businesses that had closed early because their employees were from other cities.

Mayor Jonas Cortes said it would also be better if other local government units would also lift their curfew.

Cebu province and Cebu City earlier said that they were considering lifting their curfew. 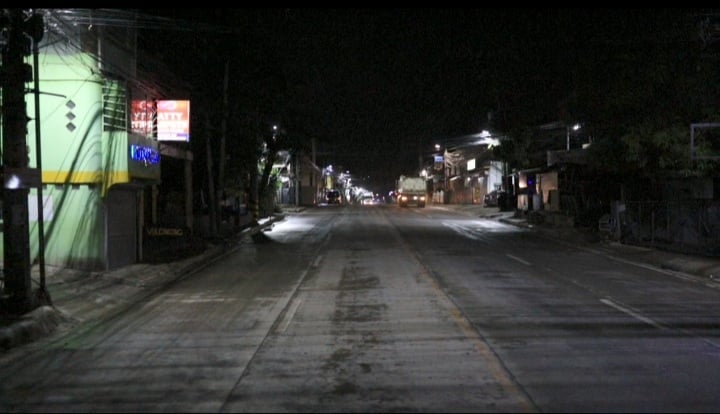 An empty road in a barangay in Mandaue City shows that residents are keeping their children at home because only the curfew on adults are lifted. | Photo courtesy of Mandaue PIO

Meanwhile, Police Lieutenant Colonel Rudolf Oriol, MCPO deputy city director for operations and spokesperson, said they had not apprehended any violators especially minors wandering around outside their homes.

Mandaue City has lifted the curfew for adults and establishments on Wednesday February 16, as a move to revitalize the economy.

Minors are still subject to the 11 p.m to 4 a.m curfew except when they would be accompanied by their parents or when attending work or for essential purposes.

He said before when there was still a curfew, authorized persons outside residence (Apor) were exempted.

He also said that they still continued to implement their Oplan Sita and Oplan Pahimangno in the different areas in the city.

He also cited the the effectiveness of the curfew implementation then because of the barangays’ assistance in implementing this.

On midnight of Wednesday and early morning of Thursday, Oriol said that they had not also recorded significant crime incidents and sustained their maximum patrol deployment during night time.