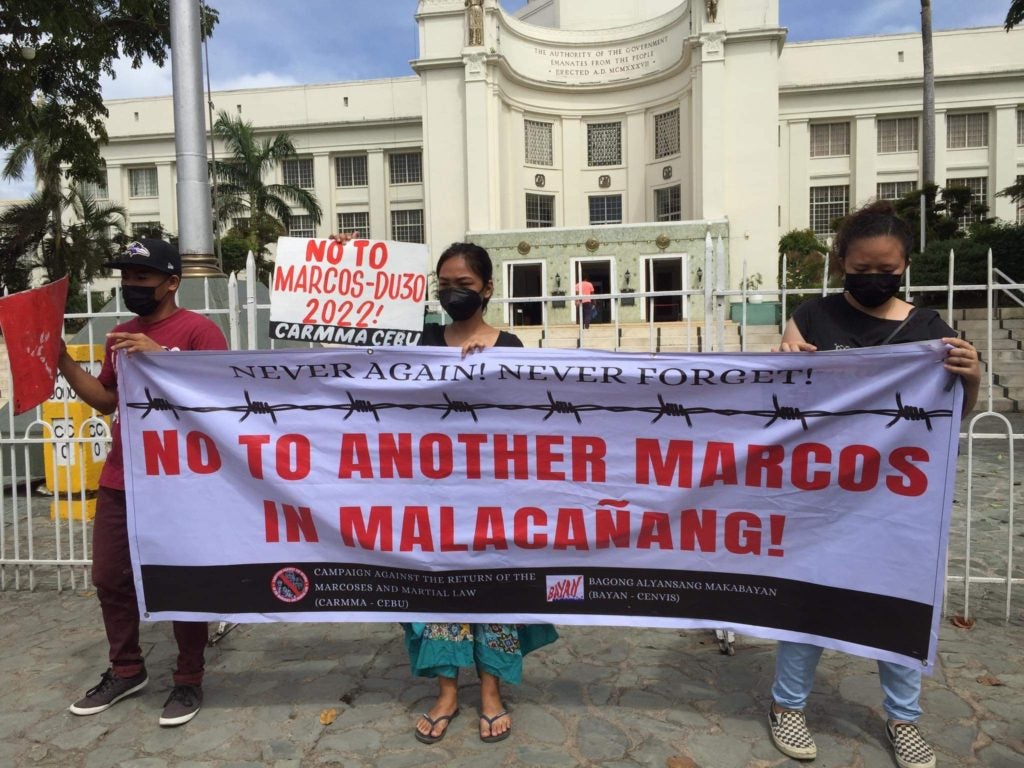 A photo taken during the protest held by members of the progressive groups in front of the Cebu Provincial Capitol in line with the 36th commemoration of the EDSA People Power Revolution on February 25, 2022. | Pegeen Maisie Sararaña

Police Lieutenant Colonel Wilbert Parilla, deputy director for operations of the Cebu City Police Office (CCPO), said that police were deployed to different rallies to ensure that no untoward incidents will happen.

(So far, it is peaceful and orderly as we have no big rallies or any event in line with today’s celebration.)

Parilla said that policemen were tasked to monitor the traffic situation in areas where rallies are being held and also to avoid acts of violence from happening.

Around 10 a.m. on Friday, February 25, at least 20 members of the Campaign Against the Return of the Marcoses and Martial Law (CARMMA) in Cebu, and other members of progressive groups, staged a protest rally in front of the Cebu Provincial Capitol as they cry out their concerns and grievances.

Bern Cañedo, a member of CARMMA, in an interview, said that the protest they held today, February 25, is only one of their activities to further encourage the public to be critical in choosing the next leader of the country.

(Collective action is the legacy of the EDSA People Power. It is the real way that will give societal change and freedom in our country.)

Here are more photos taken during the protest. 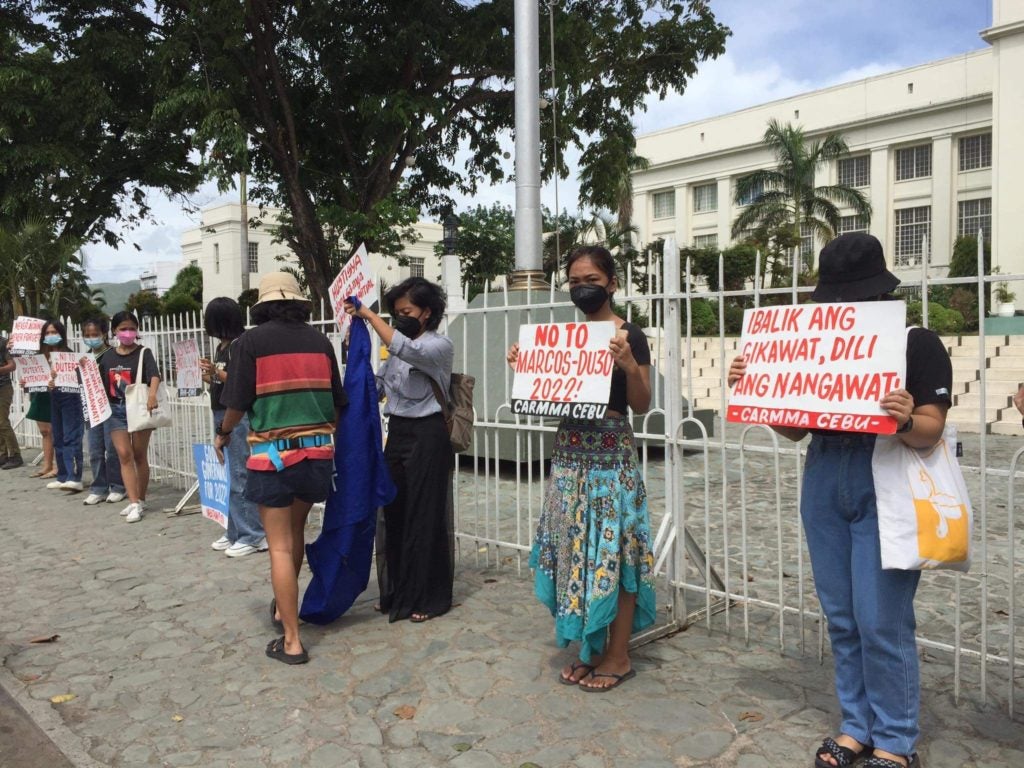 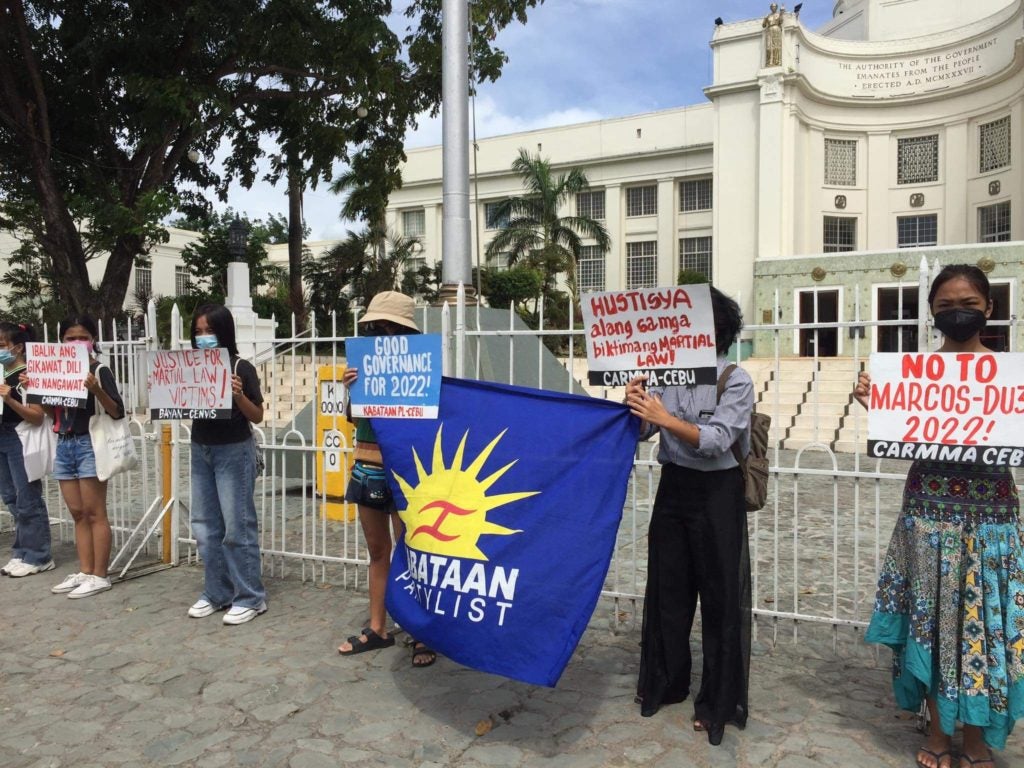 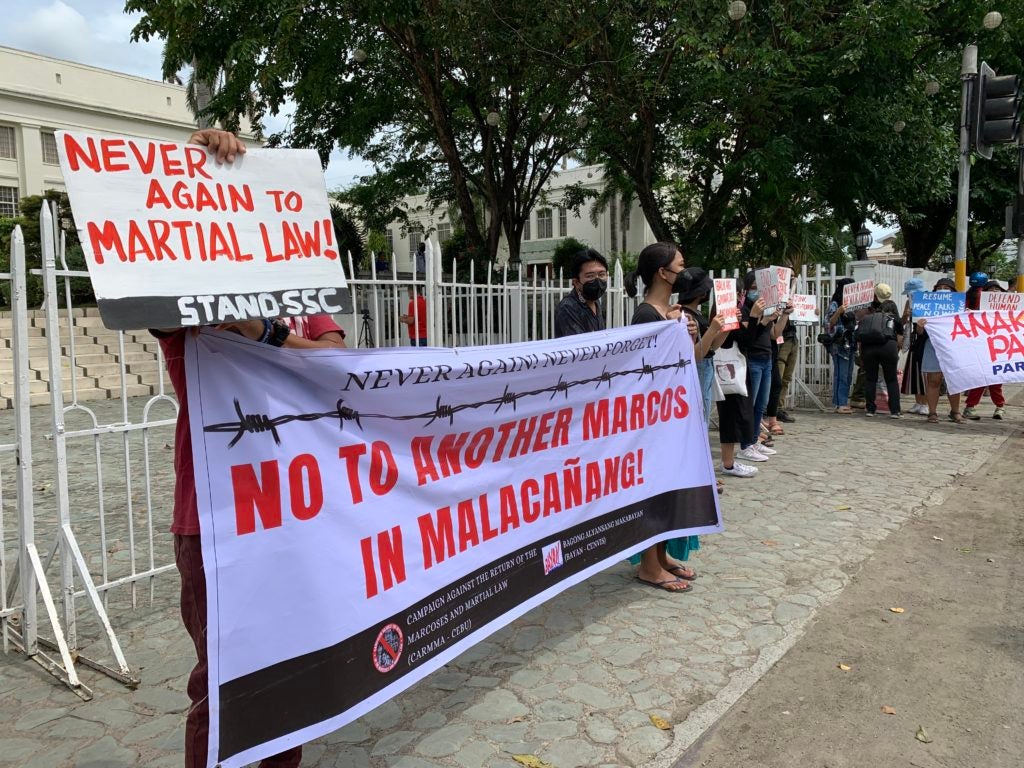 READ: 36 Years after EDSA: What Are the Events that Unfolded in Cebu