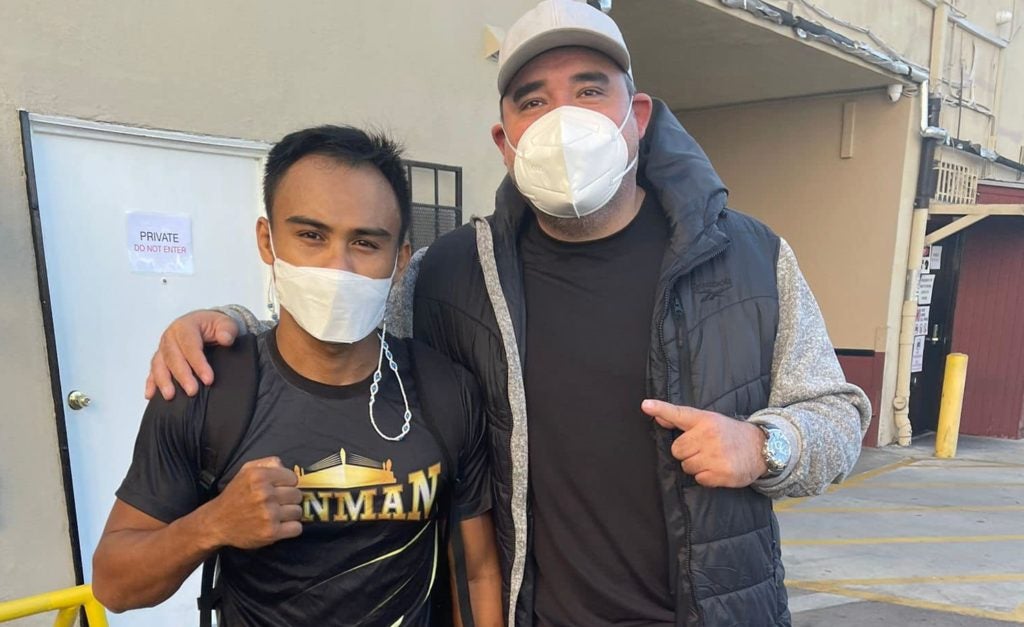 Hernandez, who is also the conditioning coach of MP Promotions’ top boxers, posted on Facebook on Monday, March 7, 2022, that he is ‘extremely proud’ of Santisima’s performance despite losing to Gonzales in the ninth round.

“I am extremely proud of Jeo Santino Santisima. He did an amazing fight always attacking. Unfortunately, the referee stopped the fight for no justified reason almost at end of 9th round. Jeo was strong and he was going to bring hell in the last round, unfortunately this happened. All stadium booed the referee. Congratulations coach Mike and Jeo. Everyone saw yesterday you guys came prepared to fight and leave it all in the ring,” said Heredia in his Facebook post.

Santisima’s camp questioned referee Edward Collantes’s stoppage at the 2:05 mark of the ninth round.

For Santisima’s camp, it was too early to stop the bout, considering that Santisima fought back and was not hurt with Gonzales’s punches, particularly the right straight that prompted Collantes to stop the bout.

However, Collantes already advised Santisima’s corner that he will stop the bout in the eighth round after the latter took a lot of punches.

Santisima suffered his fourth defeat with 21 wins (18 by knockouts) and ultimately shelved his world title dreams while Gonzales improved to a 25-2 (win-loss) record with 15 knockout wins.

Santisima is the latest Filipino boxer to lose in the big stage.