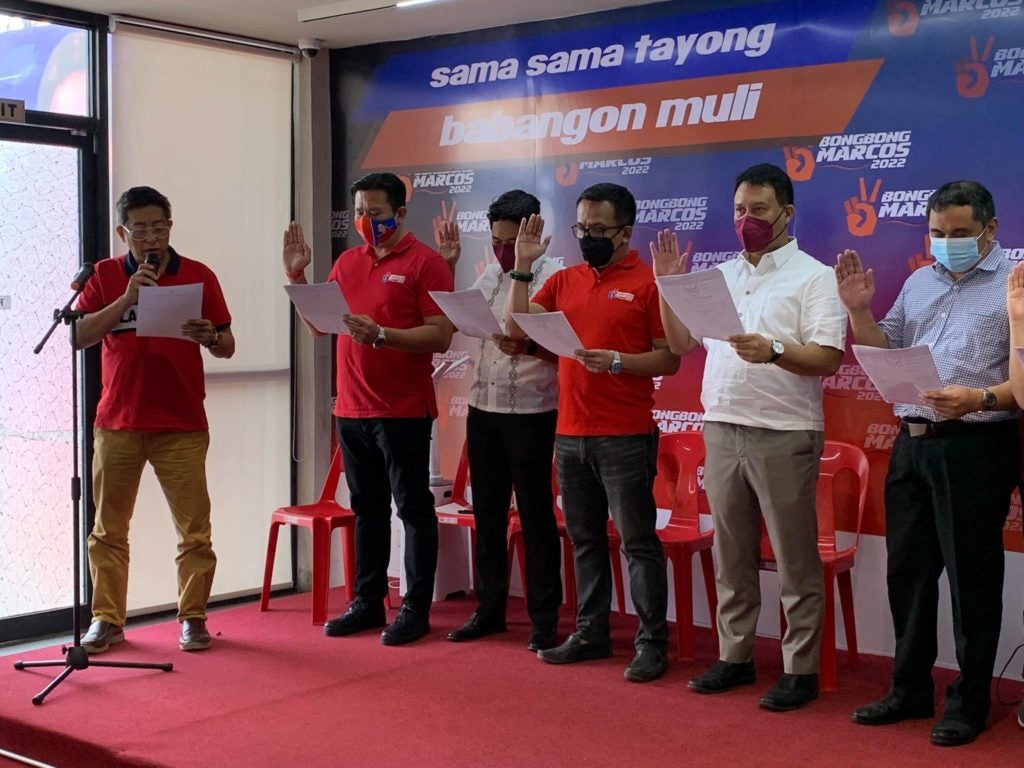 Manapsal was sworn in as the new official of PFP-Central Visayas during a ceremony on Monday, March 7.

And his first agenda as the newly inducted official for the political party was to urge supporters and groups backing the UniTeam to “unite and align”.

“The reason why we are gathered today is we are calling all groups, supporting for BBM and Mayor Sara, to align and coordinate,” said Manapsal.

“We can work hand in hand, in full force, to help the candidacies of our UniTeam,” he added.

Based on news archives, Manapsal is a profiled promoter and entrepreneur. His wife, Betsy Liao-Manapsal, is the current chairperson of the BBM-Region 7 headquarters.

During Monday’s activity, PFP -Central Visayas also welcomed into the fold lawyers who would be helping the candidacy of Marcos and Duterte-Carpio.

“Our UniTeam lawyers will help ensure that there will be no fraudulent activities to be made during the actual counting of votes this coming elections,” said Carlitos Evangelista Ceniza, vice president of PFP for the Visayas.

The 2022 Presidential elections will take place this May 9.

Read Next
Cesafi MVPs Mantilla, Imperial to suit up for JPS-Lantau Zamboanga Peninsula