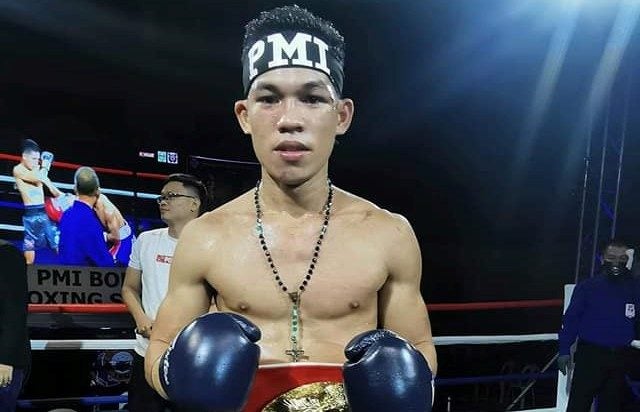 The 24-year old unbeaten Suganob who is also the reigning International Boxing Federation (IBF) Youth light flyweight champion emerged victorious against Sueno in their 10-round duel.

Judge Angelito Boaquin scored the bout 99-91 while Rafael Osumo saw it 98-92, and Edwin Barrientos gave all rounds to the winner, 100-90.

It was an emotional bout for Suganob who dedicated his victory to his trainer Glenn Sasing who recently passed away.

Suganob, the banner boxer of PMI Boxing Stable dominated the 10-rounder showdown by landing most of his combinations while Sueno also had his fair share of good moments, but those weren’t enough to get the judges’ nod in his favor.

Suganob is ranked No. 10 in the IBF’s light flyweight division with Felix Alvarado of Nicaragua as the reigning world champion in the division.

Meanwhile, Silvano suffered his eighth defeat with 21 wins, 12 knockouts, and one draw. It was Silvano’s first bout since 2016.     /rcg