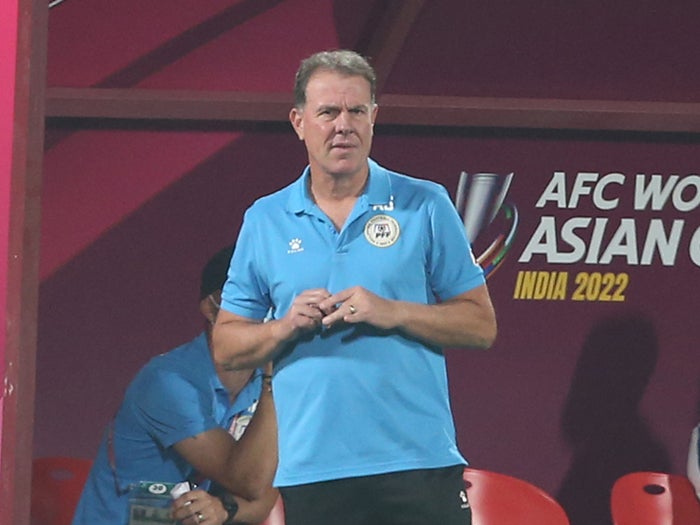 In a post from PFF’s official website last March 4, Stajcic who directed the PWNFT’s historic qualification to the 2023 FIFA Women’s World Cup, inked the dotted lines for him and his coaching staff to remain with the team until 2023.

PWNFT team manager Jefferson Cheng also made the official announcement right after the 48-year old Stajcic agreed to an extension during their meeting in Sydney, Australia last March 1.

“I’m delighted to continue our journey with the Phillippine Women’s National Team through to the World Cup. The Asian Cup performances were remarkable and phenomenal, but to share it with a group of staff and players that exemplified humility, gratitude, and passion for the (Philippines) shirt is what really made it special. I’m extremely excited to help lead the team in the next chapter as we head for the pinnacle of our sport,” said Stajcic.

In addition, assistant coach Nahuel Arrarte and strength and conditioning coach Luca Tonetti will also remain with the PWNFT according to Cheng.

Stajcic’s extension though came as no surprise after the Filipinas’ historic run in the Asian Football Confederation (AFC) Women’s Asian Cup in India where they reached the semifinal for the very first time after upsetting powerhouse Chinese Taipei in the quarterfinals via penalty shootout.

Stajcic’s tasks this year include steering the PWNFT’s campaign in the 31st Southeast Asian Games (SEAG) in Hanoi, Vietnam in May, the AFF Women’s Championships in July in Manila, and the Asian Games in China in September.

On the other hand, the Philippine Football Federation (PFF) was very pleased to learn of Stajcic’s contract renewal.

“The PFF is honored to continue working with a truly world-class coach in Alen Stajcic whose professionalism and attention to detail have been instrumental in raising the level of the PWNT. The team’s performances in India showed that he is the best coach to also lead us in our first FIFA Women’s World Cup appearance,” said PFF president Mariano Araneta.