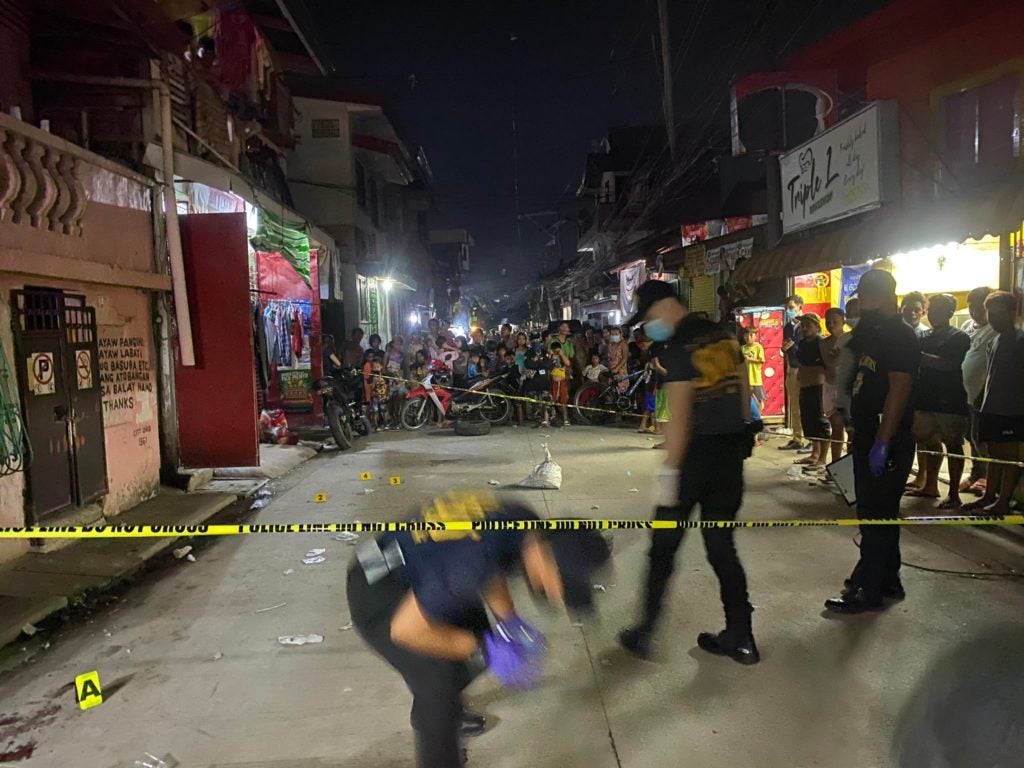 This is the crime scene of the shooting incident that happened in Sitio Vikings, Barangay Mambaling in Cebu City on Thursday evening, March 10, 2022. | contributed photo

CEBU CITY, Philippines —  Mambaling police have identified the possible suspect behind the shooting to death of a 56-year-old man in Sitio Viking, Barangay Mambaling in Cebu City on Thursday evening, March 10, 2022.

According to Police Major Dindo Alaras, chief of Mambaling Police Station, they have already identified the suspect who was also tagged as the possible suspect in the recent shooting incidents in the said barangay.

Alaras, however, begged not to disclose further information about the suspect so as not to jeopardize their investigation.

Police consider personal grudge as the possible motive behind the killing of Ohashnuhara Lipang Villahermosa, 56, a resident of the said barangay. According to reports, Villahermosa was outside his house when the suspect passed by and shot the victim.

Police Master Sergeant Anthony Adizas, the investigator of the case, said he has no information yet on why the victim was outside his house at that time when he was reportedly closing and locking his gate from the inside.

He added that the victim had filed several cases of grave threats against different individuals in the previous days before the incident happened.

Adizas said they are still negotiating with a possible witness who remains hesitant to cooperate with them due to fear.

Adizas added that they are still waiting for the report from the personnel of the Scene of the Crime Operatives (SOCO) regarding how many empty shells were found in the area and which part of the body the victim got hit.

Adizas also claimed that they have no information yet on the caliber of the firearm used in the attack.

He added that the victim was brought to a hospital but was declared dead on arrival by the attending physician.

Police Lieutenant Colonel Wilbert Parilla, deputy director for operations of the Cebu City Police Office (CCPO), said that Mambaling police continue to locate the whereabouts of the suspect who is possibly a resident of the said barangay.

He added that the suspect might have also been involved in illegal drug activities in the said village and could have been used as a “hitman” by drug personalities in the area.

However, he clarified that the victim has no involvement in drugs.

Considering that this happened around 7 p. outside that time, m. on Thursday, March 10 and that it is expected that people are still outside that time, Parilla said this will be the subject of their Oversight Committee meeting next week to interpret the pattern of the crime occurrence in the city.

He said that this is crucial for them to evaluate and adjust their police visibility efforts in the city.   /rcg

Read Next
Karla Estrada: ’In my family, we strongly believe in democracy’