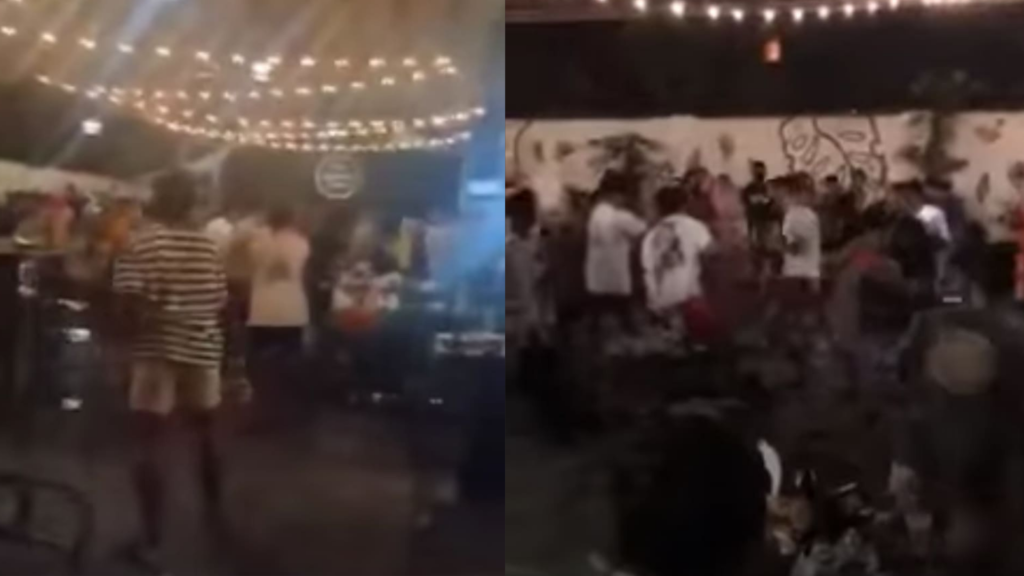 Screenshots of multiple videos showing intoxicated individuals creating a commotion inside a restobar in Barangay Lawaan I, Talisay City on Friday night, March 11, 2022.

TALISAY CITY, Cebu, Philippines — Talisay City Mayor Gerald Anthony “Samsam” Gullas has ordered an investigation and possible filing of charges against the perpetrators of a rumble in a restobar in Barangay Lawaan I.

Videos of seemingly intoxicated individuals causing a commotion in an open-space restobar on Friday night, March 11, 2022, went viral on Facebook.

The restobar appeared to be crowded when the incident happened.

Aside from the perpetrators, there is no report of injuries to the spectators.

Gullas said he already saw the videos circulating and has reported the incident to the Talisay City Police.

The mayor lamented that people would act violently in a public space intoxicated, a seeming consequence of the lifting of the curfew in the entire Cebu Province.

“I fully support the withdrawal of our curfew policy in the city because I believe, with close to 80% fully vaxed, it is time for us to face the reality that Covid-19 will always be with us.”

“But I CONDEMN incidents like this, as it affects our city in general. I cannot stress this enough: AYAW ITARUG ANG KAHAPSAY SA ATONG DAKBAYAN,” said Gullas in a Facebook post.

The marching order is for the Talisay City Police to investigate the incident and file charges if necessary.

It is not yet clear what charges the perpetrators may face for their actions.   /rcg