GAB: More sports events back as country normalizes from COVID-19 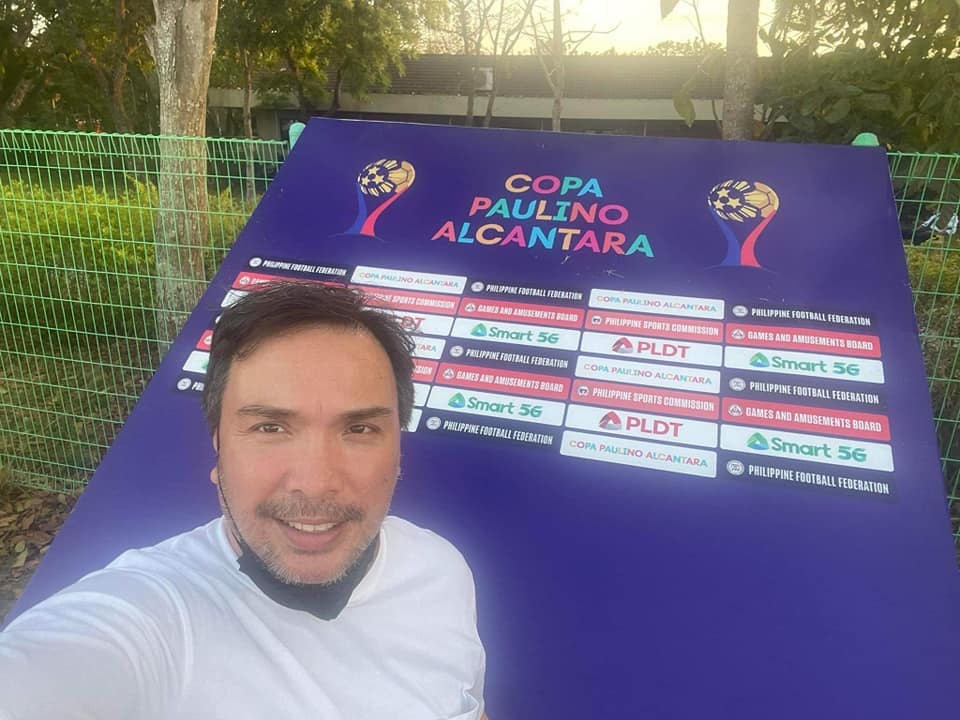 GAB Chairman Abraham “Baham” Mitra takes a selfie at the PFF Training Center after attending one of the matches of the PFL Copa Paulino Alcantara in Carmona, Cavite. | Photo from GAB

CEBU CITY, Philippines — The Games and Amusements Board (GAB) is pleased and excited to see more and more sports events unfolding this month as the country allows more professional sports events under Alert Level 1.

As the COVID-19 cases continue to drop throughout the country, GAB, the governing and regulating body in professional sports in the country allows more pro sports to be organized, especially in the month of March.

“We are glad that professional sports is now starting to normalize again in the country. Though, of course, our priority remains to be the safety of our athletes, teams, and game officials against the virus,” GAB Chairman Baham Mitra said.

In addition, the Premier Volleyball League (PVL) opened its 2022 season with a bubble tournament on March 16 in Paco Arena.

In the basketball scene, three pro leagues in Pilipinas VisMin Super Cup, FilBasket, and the newcomer Pilipinas Super League kicked off recently in various venues around the country.

Meanwhile, the Philippine Basketball Association (PBA) Governor’s Cup has entered the quarter-finals round of the conference.

The Pilipinas VisMin Super Cup, kicked off its second season in Zamboanga City on March 19 while the PSL on March 18 in Roxas town, Zamboanga del Norte.

“We’re just as excited as everyone else because it’s been a while since we’ve had this many sports events happening at the same time in different parts of the country,” Mitra added.

Meanwhile, URCC will promote a mixed martial arts event on March 22 in Olongapo City; the event will feature one exhibition match and five professional MMA fights according to GAB.

With eyes on top prize, PH men’s volleyball team eager to make most of Qatar camp

Read Next
Bongbong Marcos: I am the victim of fake news