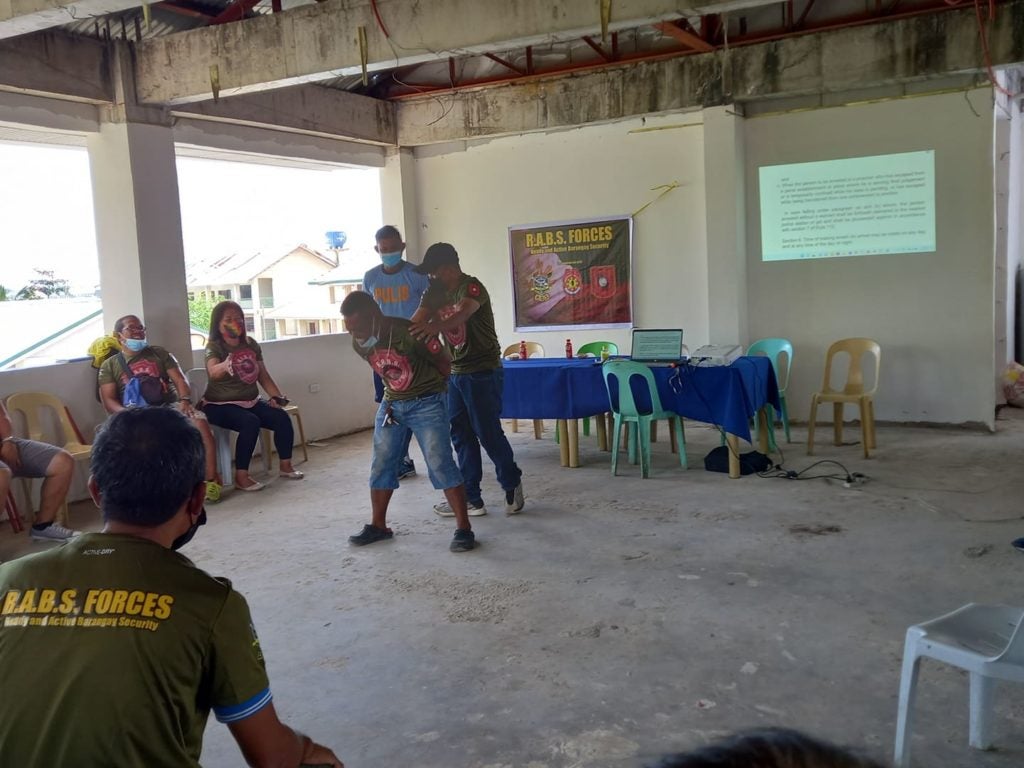 A policeman demonstrates the proper way of subduing and handcuffing a suspected criminal in front of barangay tanods and force multipliers participating in the RABS program of the Basak Police Station of Mandaue City.

The program which is initiated by the station’s chief, Police Captain Emmanuel Rabaya was designed to empower the barangay tanods and force multipliers to help in suppressing crimes, illegal drugs, terrorism, and addressing the peace and order issues in their communities.

The launch was held on the 3rd floor of the Labogon Barangay Hall. It was attended by 30 Labogon barangay tanods and multipliers.

They were trained on how to protect themselves and how to handcuff an individual correctly. They are also oriented on the rules and laws and anti-terrorism.

The activity was conducted the whole morning followed by a boodle fight to strengthen their camaraderie.

Police Station 3 will also conduct the activity in five other barangays under their jurisdiction namely Basak, Paknaan, Tabok, Jagobaio, and Pagsabungan.

The police are encouraging other individuals to be a volunteer or force multipliers.