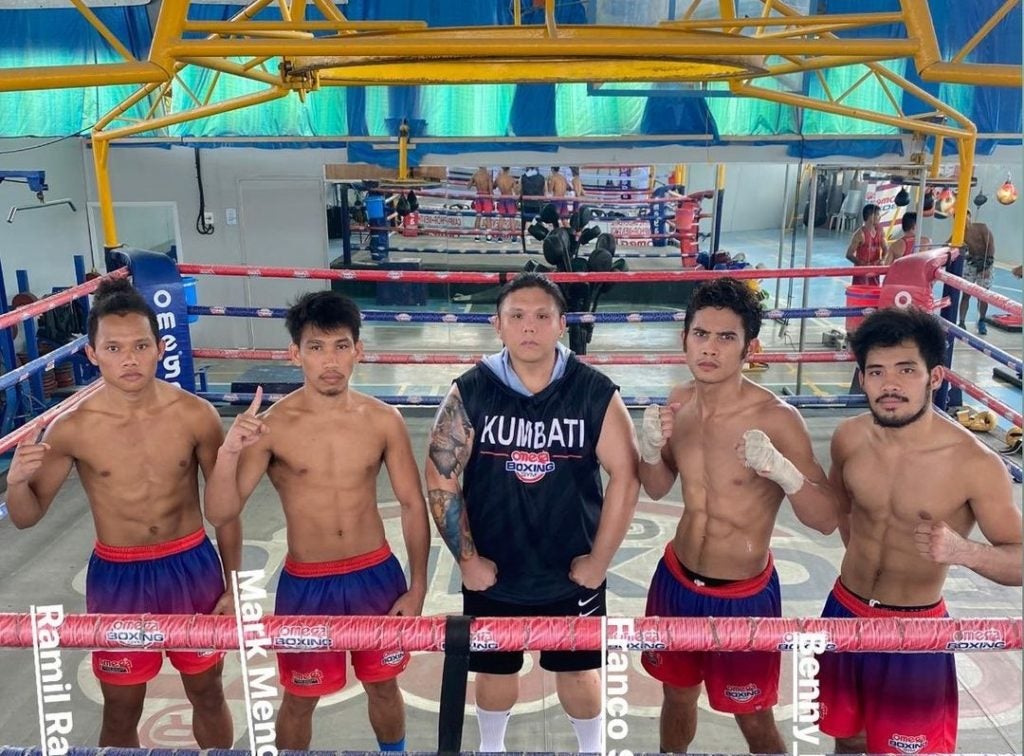 Headlining the fight card is no less than the world-rated and undefeated Omega Boxing Gym prospect, Mark “Rastamac” Vicelles who will face Richard “Explosive” Claveras.

He is unbeaten at 15 wins with 8 knockouts and 1 draw. Vicelles has been very busy racking up wins in 2021. He fought three times and won all of them impressively. He opened 2021 with a fourth-round knockout victory against Richard Rosales on March 27 at the IPI compound.

Four months later, he won the biggest bout of his career when he knocked out erstwhile unbeaten Jerven Mama of Sanman Boxing Gym in the last second of round 10 in their 10-rounder bout.

Vicelles capped off 2021 with a unanimous decision victory against Toto Landero in the undercard of “Kumong Bol-anon” in Dauis, Bohol.

Meanwhile, Claveras’ outing hasn’t been that impressive. His most recent bout in July, came up short when he got knocked out by Vicelles’s stablemate Christian Araneta in the first round at the Tabunok sports complex in Talisay City, south Cebu.

He has a record of 19 wins with 16 knockouts, 8 losses, and 2 draws. His only victory since 2018 was against Rosales via a sixth round knockout in Manila.

The 25-year-old Serafica (7-1,4KOs) of Manila fights Rimon Rama (6-4-1,4KOs) in a six rounder bout. Serafica is on a four-fight winning streak since 2020 while Rama is looking to end his four-fight losing skid.

Cañete faces John Kenan Villaflor (8-8-4,2KOs). Cañete Fought three times last year and won all of them impressively, while Villaflor fell short in his last three fights including two in Thailand in in China.

Roda, a former amateur makes his pro debut by taking on Rusiana who lost his pro debut bout in October last year against Arniel Cañete. They will fight in a four-rounder in the curtain opener.