Talisay cops to tap fraternities for city’s peace and order 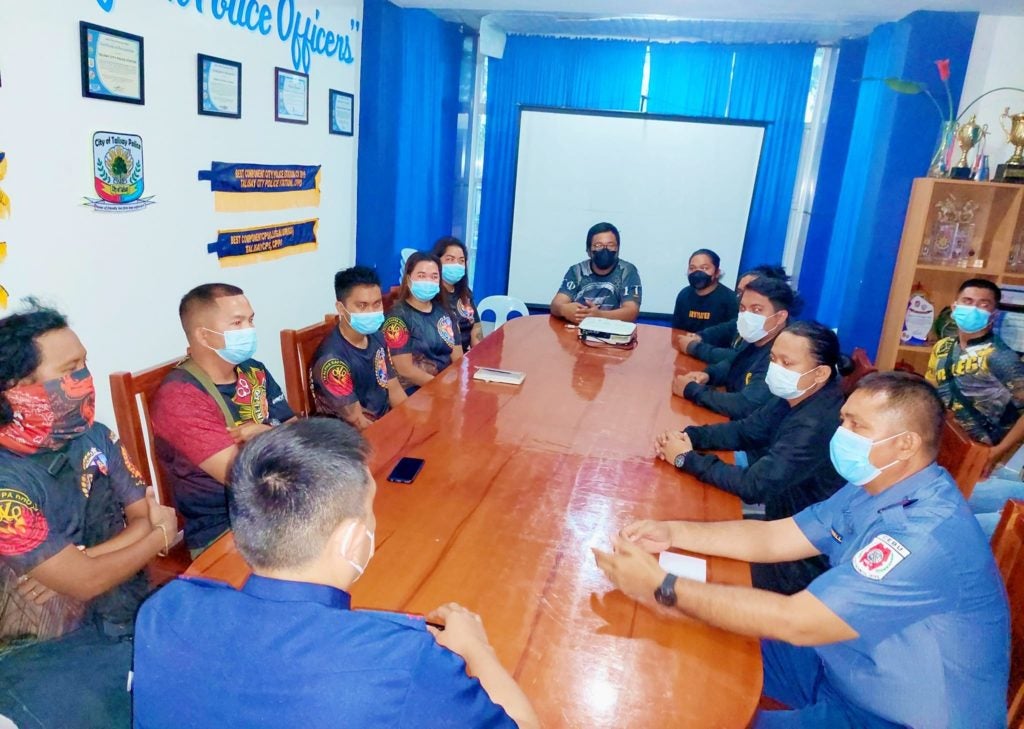 Talisay City police has tapped the city fraternities to help the former maintain the peace and order situation in the city. | Photo courtesy of Randy Caballes page

CEBU CITY, Philippines — Talisay City police has tapped the help of fraternities in maintaining peace and order in the city.

Police Lieutenant Colonel Randy Caballes, chief of Talisay City Police Station, said that they had an initial meet with the two leaders of fraternities, Alpha Kappa Rho and Tau Gamma Phi last March 24, 2022, to encourage them in assisting police in keeping the peace and order in the city.

Caballes said that they continued to account for other existing fraternities in Talisay City as of this posting.

Once this happens, Caballes said that they would create a unified council that would represent all fraternities in Talisay City.

He further said that fraternities were just one of the organizations and sectors that they were tapping to assist the police in maintainng the peace and order in Talisay City.

(If ever there will be an incident and that will happen when we already have a unified grand council here in Talisay, then our cooperation and liasing among and between fraternities will be faster because the leaders of these groups would be the referee, so action will be faster if ever there are incidents.)

Caballes cited the rumble that happened in a bar in Talisay City last March 14, 2022, because this incident reportedly involved alleged members of a fraternity.

When the same incident happens, Caballes said that it would now be easy for them to tap and talk to leaders regarding the incident.

(Like about what happened in one bar where a rumble happened and the video of the incident went viral. It was mentioned there that they were members of a fraternity so if ever the same incident would happen, so it would faster to talk to the headers and to follow the members.)

In the said meet, Caballes said that the two leaders assured that they were in control of the barangay chapter leaders and members of their respective fraternities.

He also said that these groups have their own disciplinary action committee should their members be included in any incident in the city.

With this said, Caballes said that they hoped that the activities of these two groups would persist as they also would want to be part of keeping the community peaceful and orderly.

(We can consider them as force multipliers if we can operationalize our plan to unite all of them because, initially, we already encouraged them to support our police in whatever means they can give.)