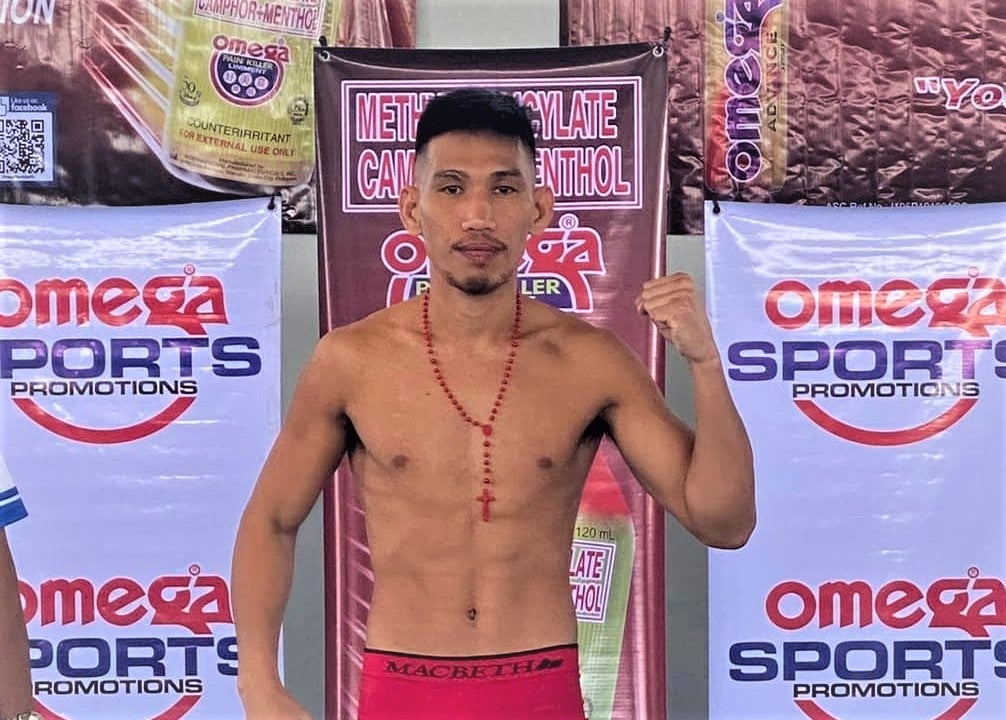 CEBU CITY, Philippines — Omega Boxing Gym’s Mark “Rastamac” Vicelles only needed one round to get rid of Richard Claveras in the main event of the “Kumbati 12” fight card of the Omega Pro Sports International (OPSI) on Saturday, March 26, 2022, at the IPI compound in Mandaue City.

Vicelles scored a technical knockout victory at the 1:48 mark of the first round against Claveras to keep his record flawless with 16 wins, 9 knockouts and 1 draw.

The referee, Romar Embodo, was forced to stop the bout after Vicelles’s relentless onslaught against the hapless Claveras.

The 26-year-old world-rated Vicelles knocked down Claveras twice with staggering left hooks. Claveras’ first knockdown came at the two-minute mark after getting hit with a short left hook.

He immediately stood back on his feet only to get knocked down again with another left hook. Sensing victory, Vicelles, went on pummeling Claveras with combinations, forcing Embodo to stop the bout and award the Omega Boxing Gym stalwart with the TKO victory.

Judges Edwin Barrientos and Rafael Osumo both scored, 58-56, while Tony Pesons has it 59-55, all in favor of Serafica who improved to a 8-1 (win-loss) record with four knockouts.

In the undercard, Serafica’s stablemate, Benny Cañete defeated John Kenan Villaflor via a first round technical knockout in their eight-rounder bout.

Cañete downed Villaflor twice in the first round. A vicious right overhand decked Villaflor while being pinned against the ropes, but he managed to fight back. Villaflor got knocked down for the second time after getting hit with a short right hook, but he stood back and fought on.

Cañete didn’t waste time and went for the kill, launching multiple hooks to the head and body, forcing referee Romar Embodo to stop the bout at 1:56 mark of the first round.

With the victory, Cañete remained unbeaten at 5 wins with 4 knockouts while Villaflor dropped to a 8-9-4 (win-loss-draw) record with two knockouts.

In the curtain opener, Omega Boxing Gym’s pro debutee Ramil Roda settled with a draw versus Norman Rusiana after four rounds. Osumo scored the bout, 39-37, for Roda while Pesons also saw it, 39-37, but it favored Rusiana. Barrientos saw the bout even, 38-38, which resulted to a split draw.

Both boxers have not logged their first pro career victory with Rusiana being the more experienced with 2 defeats and 1 draw in his resume.