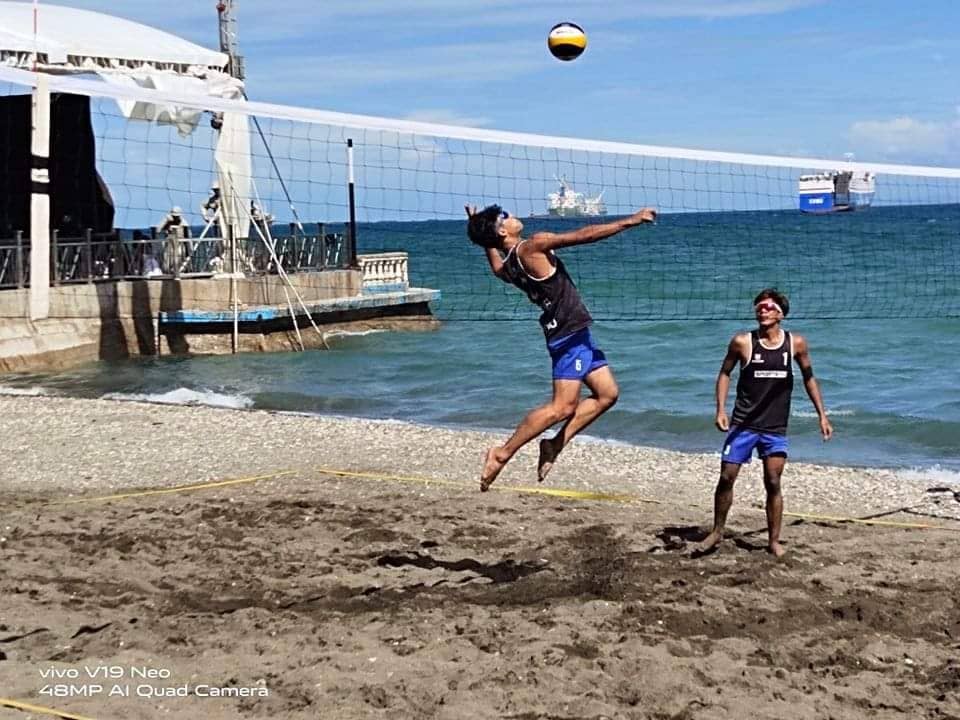 This was after the tournament organized by the Talisay City Sports Commission welcomed a new set of champions in the men’s, women’s and LGBTQ categories after two-days of blistering action on the sand.

In the men’s category, the vaunted Asian Volleyballistas of Rancel Vargas and Dominique Gabito clinched the title by defeating Ekitiwa of June Yungco and Rommel Pepito.

Vargas and Gabito won the championship match in two sets, 21-15, 21-16, to take home the whopping P10,000 purse while Yungco and Pepito didn’t go home empty-handed as they received the runners-up prize worth P7,000.

On the other hand, Homexpo Builders’s Criselda Rondina and Therese Rae Ramas emerged the champion pair in the women’s category by escaping Boysen’s Klymince Orillaneda and Kathrina Enriquez Epa in three sets, 31-29,18-21,15-9.

Same as the men’s category, Rondina and Ramaes pocketed P10,000 while Orillaneda and Epa received P7,000.

Sisterakas was manned by Ivan and Max Gyle Villarias while Aedean Cleve Cañeda and Richar Manatad suited up for Barbaric. With the victory, Villarias and Cañeda received the same cash prize as the men’s and women’s champion while team Barbaric also received the same purse as the runners-up.

The tournament served as one of the highlights of the annual American Landing Anniversary in Talisay City. The celebration was to commemmorate the arrival of the American forces in Cebu during World War II to retake the country from the invading Imperial Japanese forces.

In addition, the tournament also served as one of the initial sports event organized by the Talisay City Sports Commission to revive its sports scene after two years of inactivity due to the COVID-19 pandemic.

In an earlier interview with CDN Digital, Talisay City Sports Commission executive Jeanette Villagonzalo said that the beach volleyball tournament was one of the sports events lined-up to revive sports in the city, and also part of the city’s sports tourism promotion.

The last time Talisay City hosted this beach volleyball tournament was in 2019.

With eyes on top prize, PH men’s volleyball team eager to make most of Qatar camp